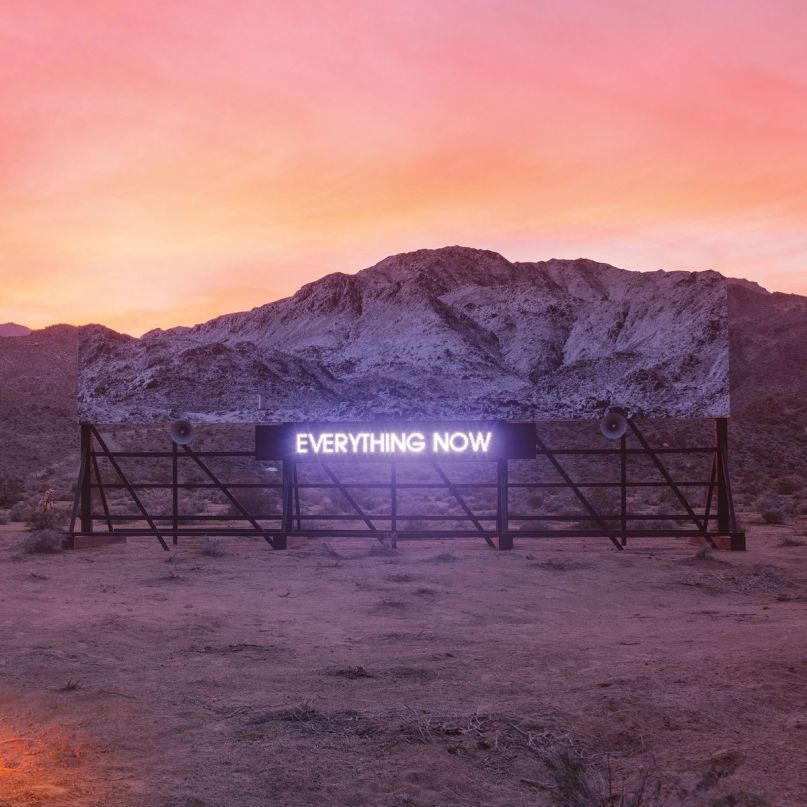 Also entitled Everything Now, the 13-track album will be released on July 28th under a new partnership between the band’s “global media and e-commerce platform Everything Now” and Sony/Columbia.

The album was produced by Arcade Fire, Daft Punk’s Thomas Bangalter, and Steve Mackey, with co-production by Markus Dravs. It was recorded at Boombox Studios in New Orleans, Sonovox Studios in Montreal, and Gang Recording Studio in Paris.

Physical configurations of Everything Now will include CD, cassette, and heavyweight black vinyl LP—which will feature 20 different artwork variants, each bearing the album title in one of 20 different languages. There will also be a limited exclusive “Night” packaging of both CD and colored vinyl LP formats. Pre-orders are now ongoing.

“There’s sort of an everything-nowness to life, I feel like almost every event and everything that happens surrounds you on all sides,” frontman Win Butler explained in an interview with BBC Radio 1. “It’s trying to capture some of the experiences of being alive now in all its flaws and all its glory.”

Watch the video for “Everything Now”: