New music is imminent from the Quebec art-rockers 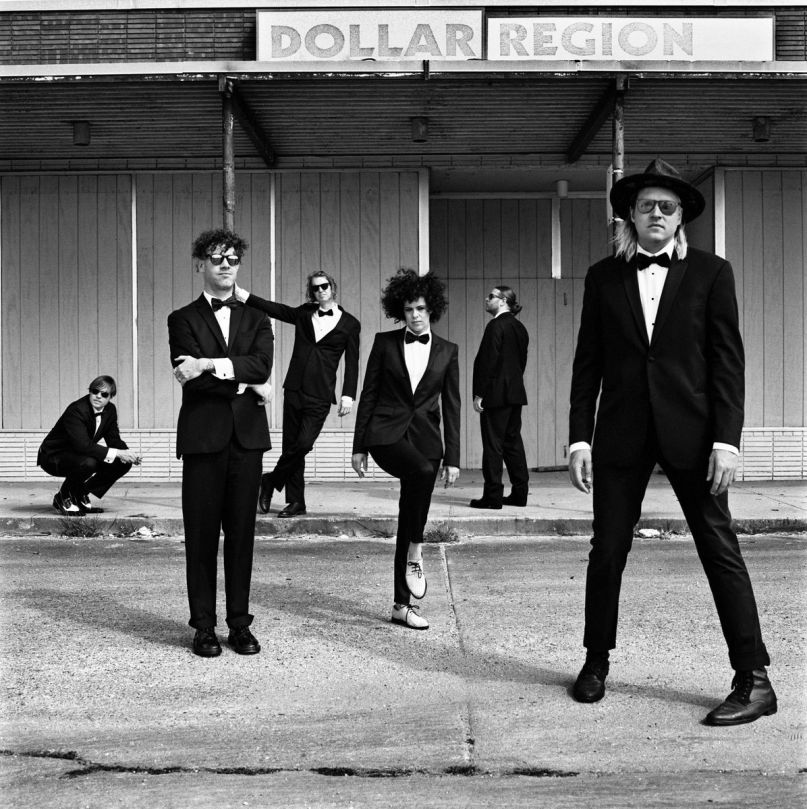 Arcade Fire have signed with Columbia Records, ending a longstanding relationship with independent label Merge Records. The Sony Music imprint will release their next two albums, one of which is expected to drop some time this year.

Arcade Fire will keep Columbia on its toes right away, as the band is hours away from releasing a new single called “Everything Now”. Ahead of their performance at this weekend’s Primavera Sound, “super limited” 12-inch vinyl copies of “Everything Now” were sold at the festival. The single is expected to receive its official release this Friday, June 2nd.

In anticipation, the band has launched a cryptic live stream. The live stream’s website is designed to look like an old news broadcast; there’s a bright blue “Live” in the top left corner, a revolving globe with the letters “EN”, and the phrase “LIVE FROM DEATH VALLEY” in a banner beneath the words “Everything Now”.

Merchandise emblazoned with “Everything Now” artwork has also appeared at Primavera, and posters have been spotted in Montreal and London. The band also posted a cryptic tweet about “Infinite Content”, though exactly what that means is currently unknown.

Arcade Fire’s last full-length LP was 2013’s Reflektor. Earlier this year, the band teamed up with Mavis Staples to release protest track “I Give You Power”. They also premiered six new tracks at a concert in Montreal last month in front of a crowd of just 50 people.

We should learn much more as soon as this weekend as the band is set to kick off a lengthy European tour at Primavera Sound. As of now, their only confirmed US date is a headlining appearance at Lollapalooza in Chicago. See their full list of upcoming tour dates: