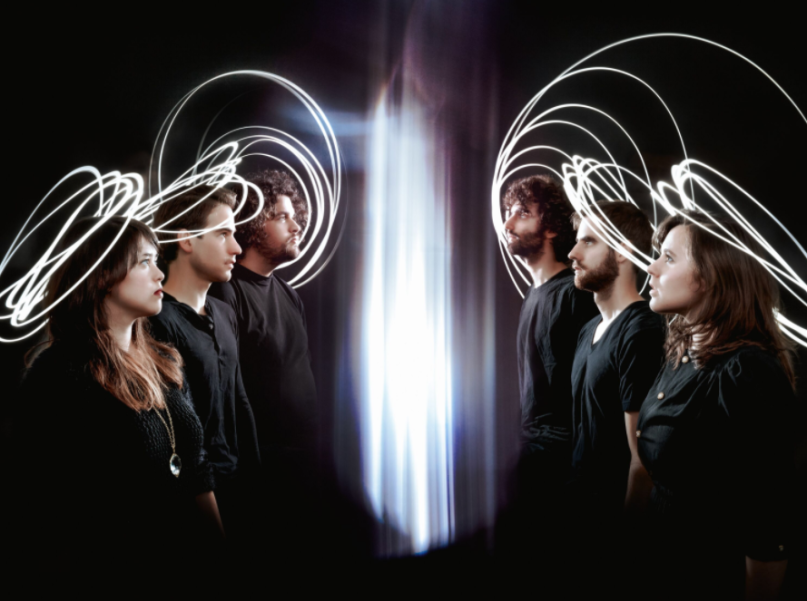 Boston’s Bent Knee have been throwing off the shackles of genre for eight years now. Truly the definition of experimentalism, the art-rockers have been honing their unique blend of, well, of everything over three albums, including last year’s Say So. Just over a year later, they’re now back with their first record on a major label, Land Animal.

The new full-length is due out June 23rd via InsideOutMusic/Sony, and it’s sure to propel them to a new level of notoriety. The 10-tracks show how fearless the six-piece is in grabbing hold of different sounds and making them their own. Songs like “Holy Ghost” have hints of ’80s pop and rock that warp into Pink Floydian psych-rock, while a song like “Hole” can seem like a touching indie pop song before metal guitars come crashing through. “These Hands” crawls in on some dark avant folk only to leap up into progressive expanses. Perhaps none of the songs encapsulate the band better than the title track, a stunning rock opera about the the human condition captured in a single five-and-a-quarter-minute track.

In fact, that’s really what the whole album is about. The band has used Land Animal to look at the state of the world and figure out how to reconcile all the darkness with art. As the band’s Chris Baum explains to Consequence of Sound,

“Life on earth primarily evolved out of the ocean, a habitat in which organisms freely move in three dimensions. Creatures outside of that environment, however, engage in a constant battle with gravity. Why didn’t we remain in the water? Land animals are explorers; survivors. In the midst of great struggle, we trudge ever forward. Each song on Land Animal tells the story of human survival in its own way. As complex social issues and technological breakthroughs continue to shape our evolution as a species, they echo our early efforts to step foot onto land.”

Ahead of the album’s official release, the entire thing is streaming via the YouTube playlist below.

Pre-orders for Land Animal are going on here, and you can find Bent Knee’s upcoming tour schedule here.