Plus, there are a few Big Boi and Phife tracks that he's still planning on releasing 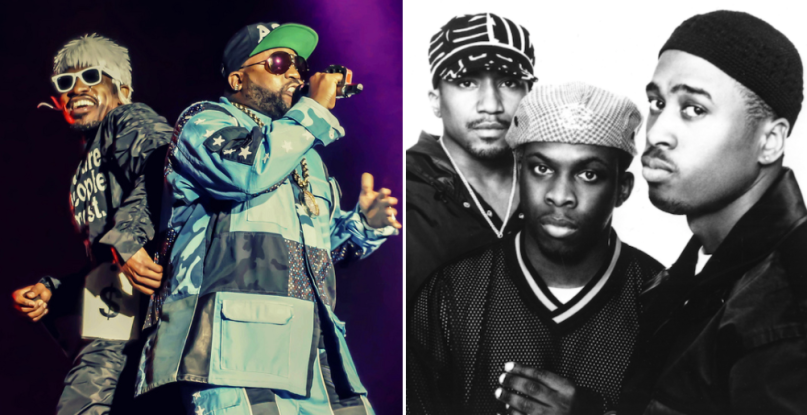 During a memorial for the late Phife Dawg last year, André 3000 tearfully revealed that Outkast and A Tribe Called Quest were planning a collaborative album prior to Phife’s passing. In a recent interview with Hot 97, Dré’s compatriot Big Boi confirmed that it was more than simply discussions.

“We were talking about doing a Tribe Called Kast album,” Big Boi told hosts Peter Rosenberg and Laura Stylez (via SPIN). “It was real. Q-Tip flew to Atlanta, Ali Shaheed Muhammad, we all met at Dré’s house. We got to the point of picking out beats for the album. Then, some kind of way, everybody started doing stuff, and then Phife… you know, so… It was happening though. It definitely was happening.”

While we’ll never hear what A Tribe Called Kast would have sounded like, hip-hop fans haven’t been entirely robbed of collaborations between the groups. Not only did André 3000 feature on We got it from Here… Thank You 4 Your service, but Big Boi revealed there are yet unreleased tracks featuring himself and Phife Dawg. “[His passing] was super sad for one because he had just been down in my studio with me, Stankonia. We actually got a couple records that me and Phife did together, ya know what I mean? Oh yea, I’m gonna put ’em out too.”

Though it’s unfortunate none of those tracks ended up on Boi’s latest full-length, Boomiverse, it’s reassuring to know they will see the light of day at some point. Elsewhere in the interview, the Atlanta rapper talked about his city’s respect for hip-hop, his love for Game of Thrones, and the possibility of an Outkast biopic (“Almost definitely”). Check out the entire thing below, with the A Tribe Called Kast comments coming around the 8:30 mark.