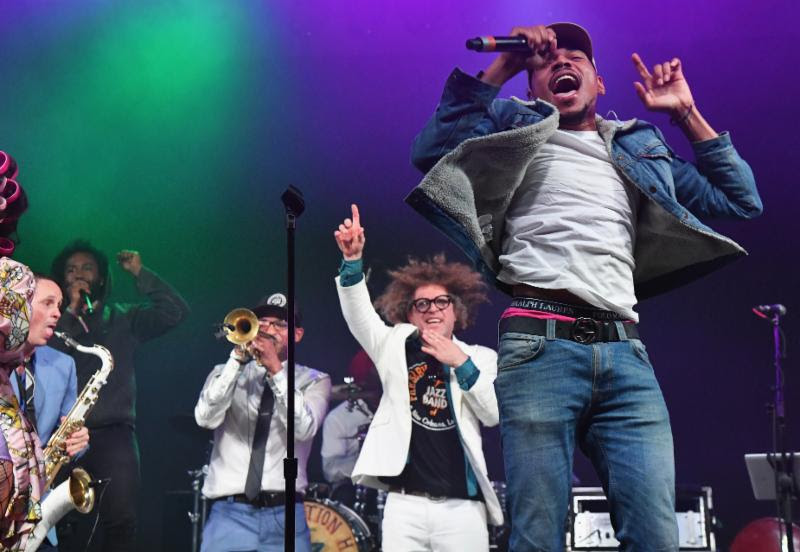 Ahead delivering his own headlining performance at Bonnaroo on Saturday night, Chance the Rapper participated in last night’s “Soul Shakedown” Superjam. He appeared on stage near the end of the set to perform Dr. Dre & Snoop Dogg’s “Nuthin’ But a ‘G’ Thang” and OutKast’s “Hey Ya”. Watch fan-shot footage below.

Chance did a cover of nothing but a g thang and hey ya at the bonnaroo super jam ???? pic.twitter.com/1pkXBXkMat