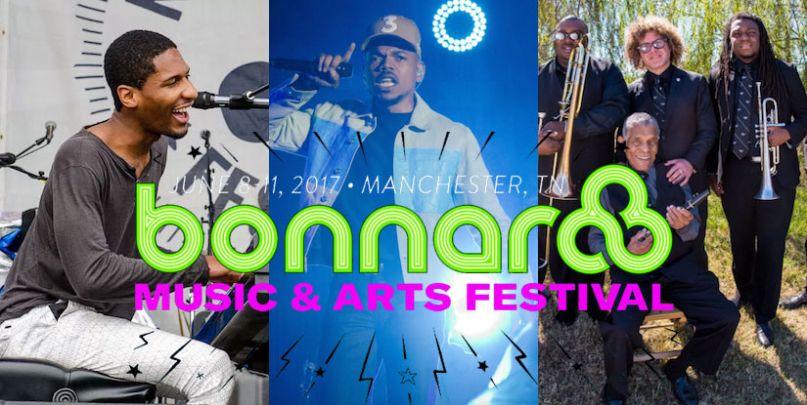 Many folks are already on their way to Manchester, Tennessee for Bonnaroo this weekend. As it is every year, one thing plenty of Roovians have circled on their schedule is the annual SuperJam. This year’s collaborative performance will be led by the Preservation Hall Jazz Band and dubbed the Soul Shakedown. Today, Bonnaroo has announced the final roster of special guests who will participate in the once-in-a-life-time performance.

Leading the new names added to the SuperJam is Roo mega-fan Chance the Rapper. This won’t be Chance’s first SuperJam, either, as he appeared in 2015 to rock Bell Biv DeVoe’s “Poison” and Montell Jordan’s “This Is How We Do It”.

This time around, he’ll be joining the likes of Jon Batiste, Sam Cohen, The Meters’ George Porter Jr., Lecrae, Margo Price, Joseph, Rayland Baxter, Cherub’s Jason Huber, Tank and the Bangas, Lukas Nelson, Nicole Atkins, Boyfriend, and Flint Eastwood. Members of The Head and the Heart were listed on the initial announcement a few weeks ago, but it’s unclear if they still plan on taking part. (They are currently listed on the official Bonnaroo schedule, however.) Of course, it’s not a SuperJam without surprise guests, so you really never know who else will show up.

The SuperJam takes place on the This Tent stage during the late-night Saturday shows at 1:00 am (a.k.a., Sunday morning). Find the complete Bonnaroo schedule here.