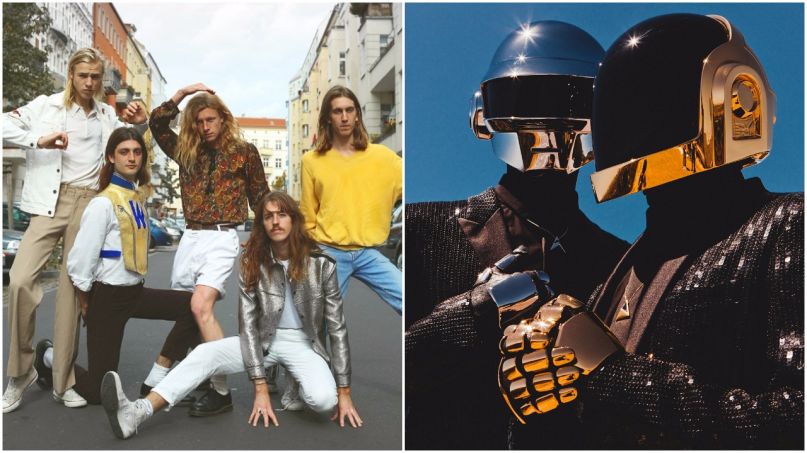 Earlier this year, Australia’s Parcels dropped their debut EP, Hideout, which overflowed with the kind of bright, tropical melodies that would’ve served as a fine soundtrack to any late ’70s disco. It isn’t often that a burgeoning act catches the roving eyes of Daft Punk, but the young Aussie outfit’s first release attracted the Parisian duo’s interest.

So much so, in fact, that Parcels and Daft Punk recently hit the studio together. With DP handling production and co-writing duties, the collaborative efforts resulted in “Overnight”, an infectious slice of dance-funk that feels in step with 2013’s Random Access Memories. Parcels spoke to NME about the single, describing the partnership as “inspiring.”

“Most surprising was the nature of the collaboration,” they continued. “Despite the obvious status that Daft Punk carry there was never any ego in the studio. From the start to the finish it was an equal collaboration with no pressure, only a desire to create something meaningful together. That gave us a lot of confidence in ourselves, as well as respect for those two.”

Warms your heart, doesn’t it? Slip on some dusty, weathered bell bottoms and give “Overnight” a listen below.