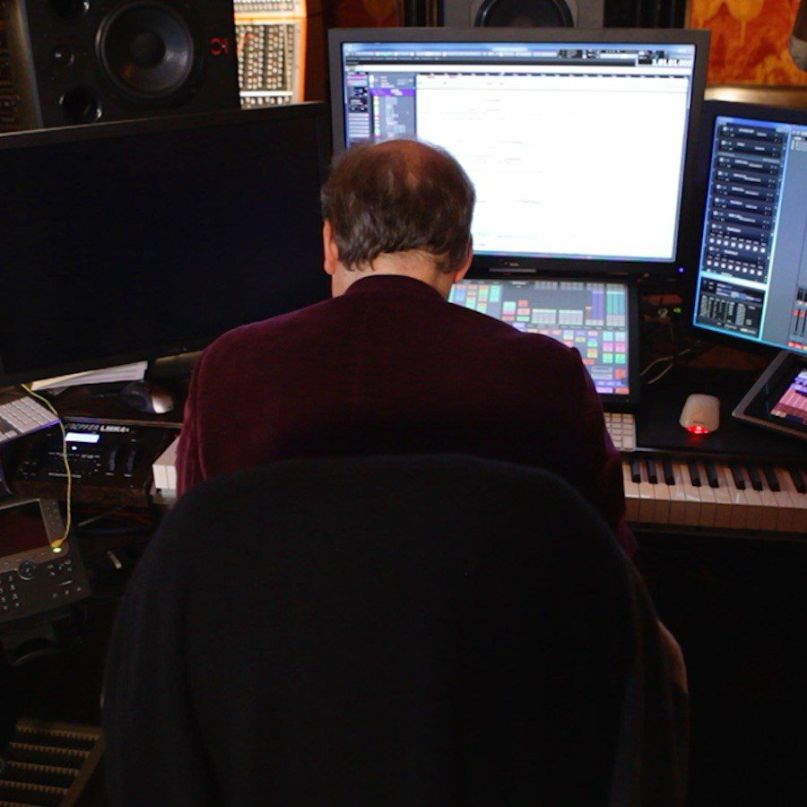 A common refrain in film and film criticism is that the best musical scores are the ones that go unnoticed, where the music seems to sprout organically from the screen, doing everything it can to avoid calling attention to itself. In respectful disagreement, Score: A Film Music Documentary pulls the oft-underappreciated craft of film music composition into the limelight for a straightforward documentary that should nonetheless delight fans of movie music.

For both good and ill, Score is an unabashed love letter to its subject matter and Hollywood in general, keeping its context firmly within “the industry” and the ways in which film scoring has changed within it. Writer/director Matt Schrader broadly tracks the history of film music from its roots in silent film organ accompaniment, to the incorporation of jazz in A Streetcar Named Desire, to the rise of orchestral film scores with John Williams’ work on Star Wars and beyond. From there, the film offers a breakdown of general trends in film scores of the modern era, such as the use of source music in The Graduate and the transitions of musicians and rock stars (Hans Zimmer, Danny Elfman, Trent Reznor) to film composition.

Perhaps the most entertaining aspect of Score is getting to see the men (and, far too infrequently, women) behind the music, featuring interviews from composers as disparate as Williams, Elfman, Zimmer, Bear McCreary, and Brian Tyler, among others. These are people who love their craft, and their joy is infectious onscreen, making for a friendly (if back-patting) celebration of the people behind some of cinema’s greatest melodies. In one montage, Schrader delights in letting each composer break out their collection of exotic instruments to gleefully show off for the camera – including the toy piano Mark Mothersbaugh used to record the iconic theme for Rugrats.

Given the broad scope of Score’s purview, as it very clearly wants to be a crash course in the ins and outs of film music, some aspects are unfocused. Schrader tries to cover a great deal of ground in 90 minutes, from the genre’s history to profiles of the industry’s biggest names, all the way to the studio recording process and the beat-by-beat steps it takes to compose a score. Time is even taken to bring a psychologist onscreen to talk about the neuroscience behind our appreciation of music, particularly in the context of film. This last segment is particularly unnecessary; most already know why they like film music, and it gives the impression that Schrader’s doing too much at once.

But even for film score devotees, Score has a lot to offer. Chief among its merits is the expert selection of clips from notable scores throughout film history, helpfully enhanced in the sound mix to let the composers’ orchestrations shine even brighter than in their respective films. This is especially appreciated during the discussion of the Williams era; even in the context of a documentary, the final scene from E.T. can still bring a tear to your eye. If nothing else, it’s a pleasant refresher course in some of the greatest film music moments of the twentieth century, whether or not you care what a ‘spotting session’ is.

Curiously, simply due to the period during which Score was filmed, it offers a snapshot of the scoring trends and films of that time. The audience is introduced to the pressures and inspirations of film music production and recording via Abbey Road scoring sessions for Minions and Mission Impossible: Rogue Nation, of all films. (Understandable; it’s not like Schrader and crew were able to sit in on Williams’ sessions for Close Encounters, after all.) Score manages to wring drama and beauty out of this process, from glimpses of the composer improvising a new cue from scratch to the doe-eyed studio musicians who couldn’t be happier about what they do for a living. Score is nothing if not a painfully earnest nod to these supremely talented cogs in the filmmaking machine.

It’s perhaps this infectious joy for film music, and the gleefully sincere personalities behind it, that elevates Score beyond its workmanlike, surface-level structure. Film scoring is a subject that might be best suited to a Story of Film-like miniseries, rather than the Cliff’s Notes version managed here. Nonetheless, Score’s charms are many, offering an appealing portrait of an aspect of cinema that sometimes doesn’t get the appreciation it deserves.