Fyre Festival founder arrested for fraud, faces up to 20 years in federal prison 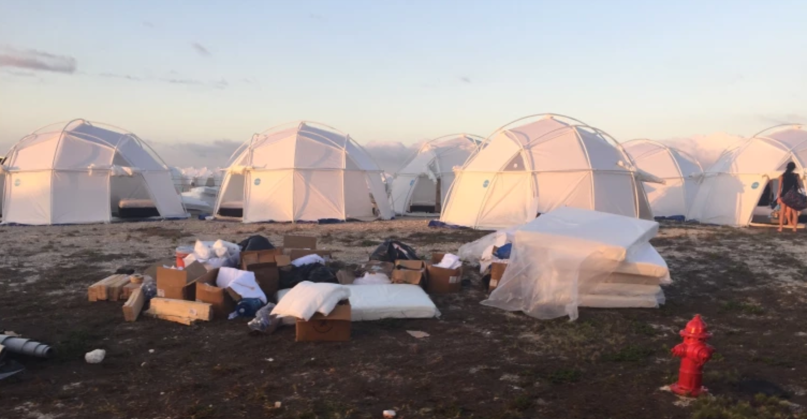 Billy McFarland, the founder of the ill-fated Fyre Festival, was arrested on Friday and charged with federal wire fraud, the US Attorney for the Southern District of New York has announced.

In a press release, Kim specifically notes two incidents in which McFarland “perpetrated a scheme to defraud.” McFarland allegedly told investors that his company, Fyre Media, had earned millions of dollars in revenue from artist bookings, when in realty the company’s revenue was less than $60,000.

Additionally, McFarland allegedly provided one investor with “an altered brokerage statement that purported to show that he owned shares of a specific stock worth over $2.5 million, when in reality he owned shares of that stock valued at less than $1,500.”

In a statement, Assistant Director-in-Charge William F. Sweeney Jr. said, “Under McFarland’s direction, Fyre Media created a promoter’s marketplace for entertainment bidding. In addition to this initial business venture, McFarland went one step further in establishing a subsidiary of the company, Fyre Festival LLC. But in order to drive the success of both entities, as alleged, McFarland truly put on a show, misrepresenting the financial status of his businesses in order to rake in lucrative investment deals. In the end, the very public failure of the Fyre Festival signaled that something just wasn’t right, as we allege in detail today.”

If convicted, McFarland faces up to 20 years in prison.

Fyre Festival was advertised as a luxurious boutique festival held on a Caribbean island, offering well-off millennials the chance to sleep in private villas, yacht with models, and catch performances from the likes of Migos, Major Lazer, Blink-182, and Disclosure, all for the low price of $12,000. But upon their arrival to the island of Exumas in April, festival-goers were instead greeted to a post-apocalyptic tent city littered with trash heaps, feral dogs, and catered meals that amounted to a slice of white bread and cheese. The festival was eventually canceled, but hundreds of attendees were left stranded for several days. Nevertheless, McFarland pledged to give it another go in 2018 and offered tickets in lieu of refunds