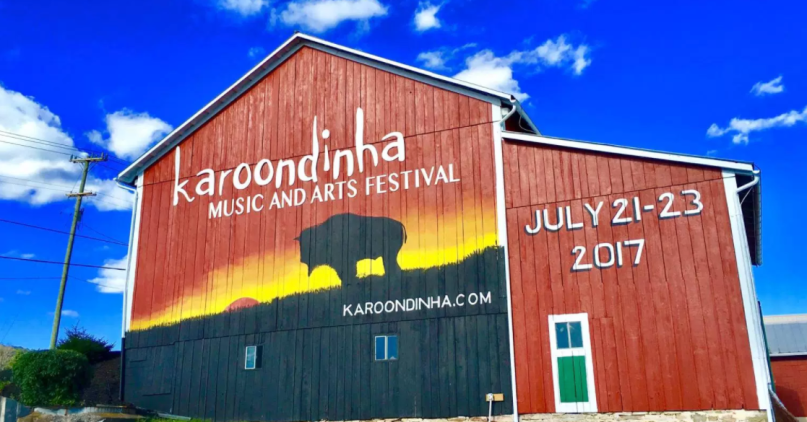 Another one bites the dust. Following the now-infamous Fyre Festival disaster and last month’s messy cancelation of Canada’s Pemberton, 2017 has claimed another music festival. This time, it’s first year event Karoondinha, which was set to go down July 21st-23rd in Centre Hall, Pennsylvania. After facing unexpectedly high expenses and drastically low ticket sales, the event has been officially canceled.

Worry started to rise when the festival’s website and social media accounts all went offline without warning on Tuesday. Ticket buyers were not initially informed of the situation, but vendors and staff were reportedly given a heads up about the cancelation. Speaking to Billboard, festival co-founders Paul and Kaleena Rallis confirmed the initially planned version of Karoondinha had been axed.

“The event as planned will not take place July 21-31, 2017,” Paul Rallis said. “We’re looking at other options at this moment and hope we can make something happen in some way. We’re not walking away from the vision of the idea in any way, because our commitment is still to make something great happen in this area — it’s just not going to take place on the scheduled days.”

Despite a solid lineup that featured Chance the Rapper, John Legend, Paramore, Odesza, Sturgill Simpson, The Roots, Chromeo, Young the Giant, Mavis Staples, Leon Bridges, and more, ticket sales were far below organizers’ expectations. Their initial forecast was for between 25,000 and 30,000 tickets sold, but in hindsight, Rallis said they should have aimed more for 8,000. Sales slumped despite a decent promotional and branding budget coming from part of the $5 million raised by local investors.

Sponsorship deals also came up short — despite a sponsorship team being paid $15,000 a month plus commissions. In fact, exorbitant costs on almost all aspects of preparations hampered organizers ability to get the festival off the ground. “There were definitely challenges posed as a result of the fees along the way,” Kaleena Rallis explained. “It has affected how we were able to execute the experience we wanted to create.”

As for refunds, Paul Rallis told Billboard that they’re “looking at that next.” Ticket sales went through Eventbrite, who advanced the festival organizers a portion of sales money. The ticketing company provided the following statement:

“We care deeply about the experience people have with Eventbrite and go to great lengths to ensure all customers are treated fairly when an event is cancelled or significantly changed. We have been in communication with the organizers of Karoondinha, which has been postponed. We will work closely with them to process refunds as quickly as possible for those interested in cancelling their orders. Details on timeframe to follow.”

“Deep Roots Mountain Revival just learned that Karoondinha has canceled their event and we realize that it’s the ticket holders who are the ones that suffer. We never want to see another event fail, or watch the fans of the festival scene feel as though they received the short end of the stick.

In an effort to shine a positive light back into a scene that is near and dear to our hearts, we will be honoring all Karoondinha weekend and single-day passes at this year’s Deep Roots Mountain Revival, July 20-22, 2017 on Marvin’s Mountaintop in Masontown, WV.”