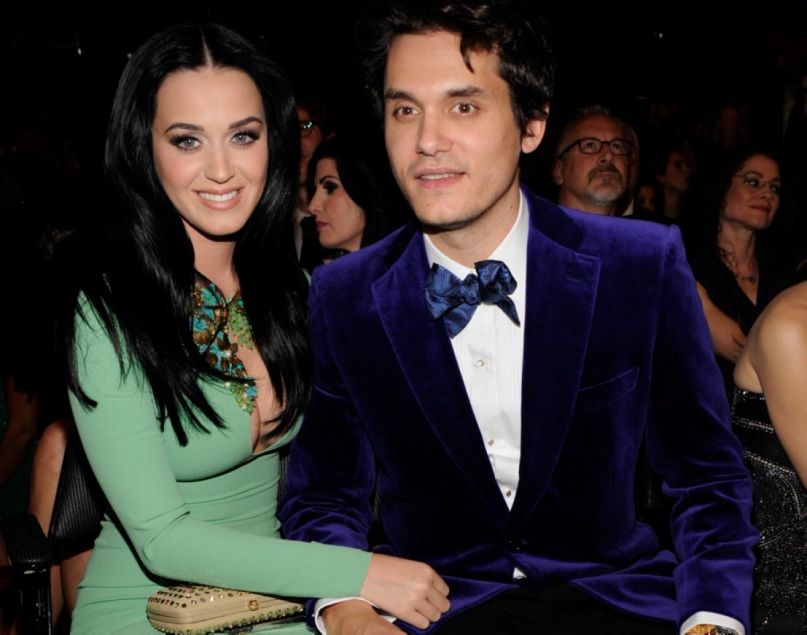 Katy Perry is nearing the end of the uneventful 72-hour livestream she’s using to promote her new album, Witness, and it appears she’s battling boredom by engaging with Late Late Show host James Corden, with whom she recently inflicted on us nanother round of Carpool Karaoke. Corden loves his infantile gimmicks, so he’s brought along a little game for he and Perry to play. Basically, it’s truth or dare, but the dares involve eating some kind of gross food—tongues, scorpions, bird saliva, pickled pig’s feet, you name it.

It’s not long before Corden brings up Perry’s sex life, asking her to rank the sexual prowess of former partners John Mayer, Orlando Bloom, and Diplo. Perry is reluctant to discuss at first, but, being that she’s appalled by the concept of eating a thousand-year old egg, she eventually relents. And, spoiler alert, it turns out that Diplo and Bloom are no match for the guitar whiz. Maybe “Your Body is a Wonderland” was autobiographical?

Perry also brings up ex Josh Groban, and though his lovemaking skills paled in comparison to the previous three, Perry admits that he’s “the one who got away.” Aw.

“No one wants to have sex with me now!” she cries out after dropping the knowledge, causing fedora-capped neckbeards everywhere to crack their knuckles before sliding into those DMs.