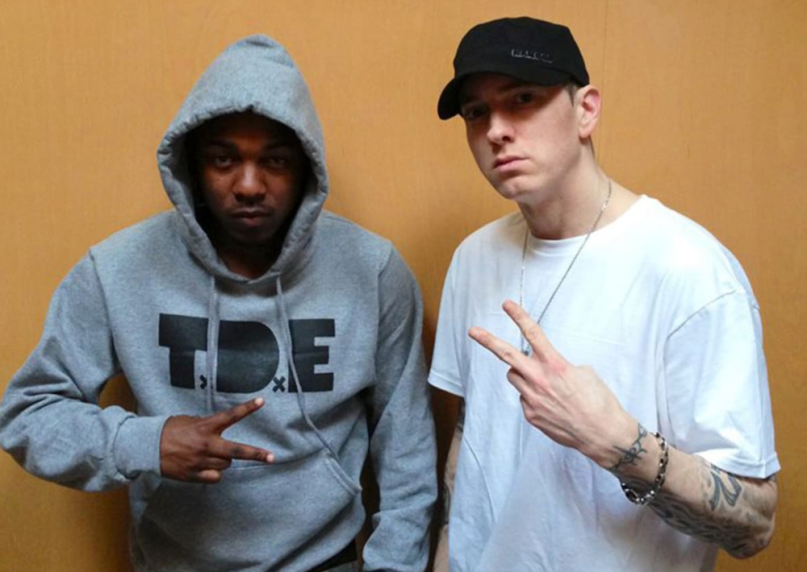 Hot 97’s Pete Rosenburg recently aired a special broadcast in tribute to Mobb Deep rapper Prodigy, who passed away last week at the age of 42. The episode began with two of hip-hop’s biggest names, Kendrick Lamar and Eminem, reciting some of Prodigy’s legendary verses.

As Pitchfork points out, King Fu Kenny rapped a verse from “Genesis”, a track off Prodigy’s debut solo album, 2000’s H.N.I.C., and Eminem tackled a few of Prodigy’s lines on the 1995 Mobb Deep staple “Survival of the Fittest”.

“I just want to say rest in peace to Prodigy,” Eminem said. “We love you homie. Hip-hop loves you. You will forever be missed.”

At the BET Awards this past weekend, while accepting his award for Best Male Hip-Hop Artist, King Kendrick talked about how Prodigy inspired his 2003 mixtape Y.H.N.IC.:

“Prodigy, he inspired my first mixtape at 16 years old, Y.H.N.I.C. Off that album I was inspired to study my skills and work on my connection with my neighborhood and how can I inspire them the same way he inspired the streets. To hip-hop, may he rest in peace forever in paradise.”