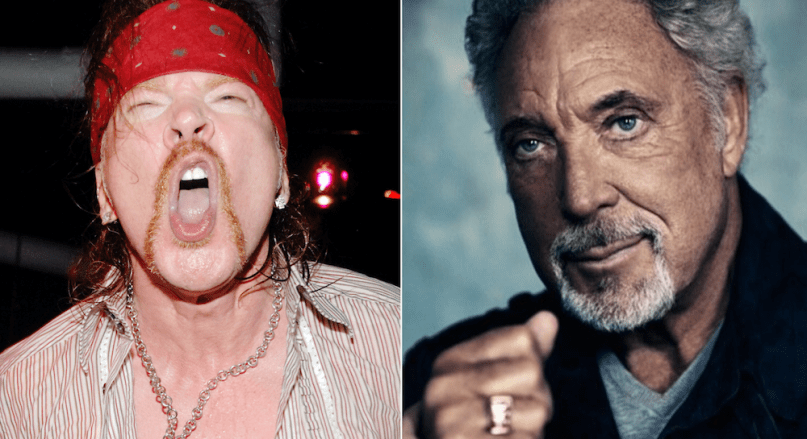 It’s not unusual to hear that Axl Rose likes to party, but what is surprising is the all-night company that he keeps.

Over the weekend, the Guns N’ Roses frontman was living it up at a bar at London’s Chiltern Firehouse with none other than Las Vegas legend Tom Jones. Rose and the 77-year-old (!) Jones partied like rock stars on Sunday until about 6 a.m., when city officials were forced to shut down the entire affair on account of noise complaints.

These Westminster council officials had actually arrived earlier in the evening, but Rose, 55, and his group of pals — which included Jamie Hince of The Kills — refused to quit swilling the booze and leave the premises. Perhaps next time Rose should invite the Foo Fighters, who also know a thing or two about ragin’ on well after the plug’s been pulled.

Below are two photos taken that evening by Greg Brennan (via The Sun, Alternative Nation).