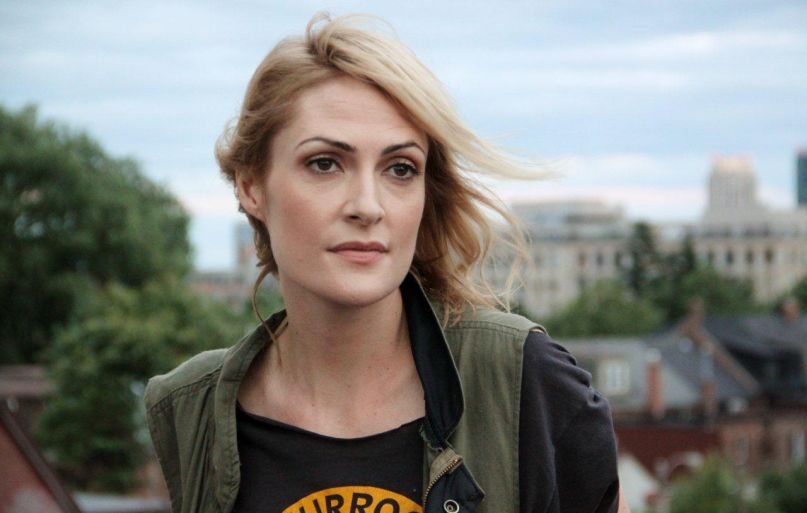 Emily Haines has stayed busy over this last decade as the frontwoman of Metric (and, as of late, as a contributor to Broken Social Scene’s upcoming Hug of Thunder), but now the Toronto-based songwriter will be returning to her long-dormant solo effort, the piano-led, trip-hop project Emily Haines and the Soft Skeleton.

The Globe and Mail reports that the follow-up to 2006’s Knives Don’t Have Your Back and the 2007 EP What Is Free to a Good Home? is called Choir of the Mind. Due out September 15th, the 13-song LP was recorded in late 2016 on a grand piano from 1850, “its presence in the room that of a matriarch.”

“The through-line of this record is a fascination with feminine strength and what that looks like,” Haines tells The Globe and Mail. “Often, we’re presented with either vulnerability out of innocence, and that’s celebrated, or a sort of hardened, leather-jacket-over-your-heart, ‘I’ve been through it all’ toughness, which I refuse to become. I refuse to become tough. The process of making this record was about going into those places but bringing out light. This isn’t a record that brings you down.”

The Globe and Mail notes, “Parts of the album that would normally have become string arrangements were instead turned into layers of vocals, the resulting impression being ‘a lullaby over a panic attack,’ according to Haines.”

That description certainly lends itself to the album’s first single, “Fatal Gift”, which lurches from balladry into freneticism with the arrival of skittering beats and, eventually, a maelstrom of looping vocals. Listen to it below.