Second album under the D.H. Lawrence-referencing moniker is officially out June 16th 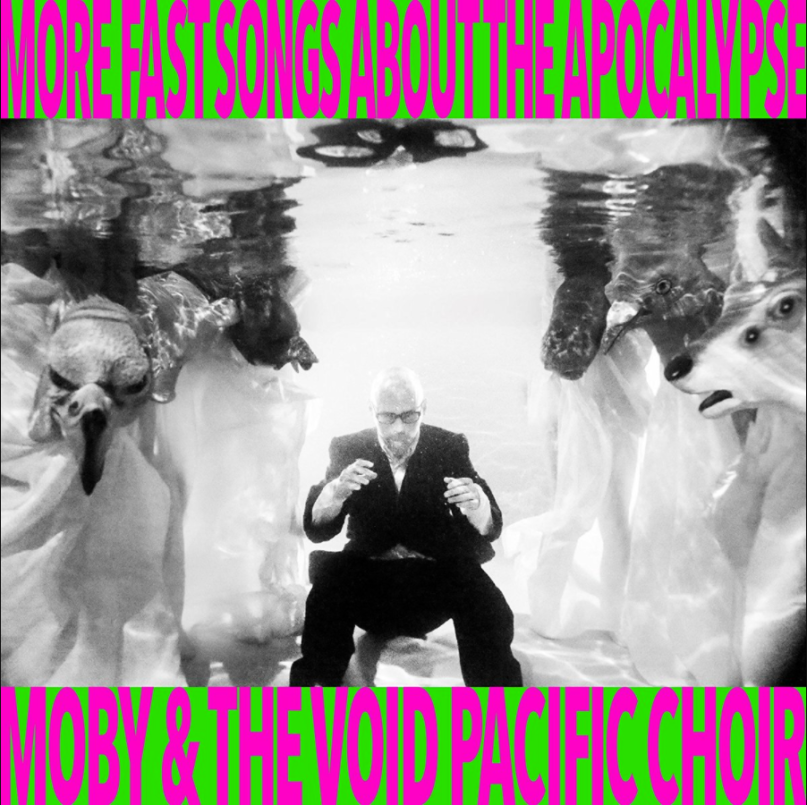 Moby debuted his new electronic punk project, Moby & The Void Pacific Choir, with the album These Systems Are Failing back in October. Today, he’s released his sophomore effort under the moniker, More Fast Songs About the Apocalypse.

The semi-surprise release (though never officially announced, the Internet got wind of it last month) has been shared as a free download, which you can grab here alongside These Systems Are Failing. Physical pre-orders for CD and vinyl versions are up at Amazon with an official release date of June 16th.

The album announcement came in a mock press release attributed to White House publicist John Miller, a name our current Ego in Chief once used to brag about himself to journalists. Entitled “don’t buy new moby album!!,” you can read the entire, typo-riddled thing below.

to whome it may concerned,

the moby artist, who is old and sad, is putting out albums number 2 with the void pacific choirs – apparently “MORE FAST SONGS ABOUT THE APOCALYPSE.”

i can’t say i like it but it’s there.  they made album #1 last year before my boss, donald j. trump (who is a real person, just like me) became the president of the united states. moby artist was invited to inauguration(BIGGEST) but he didn’t.  the first album they released is very noisy…as is this second album, just see the title, pretty clear.  but it’s like they hate america and think it’s NOT GREAT AGAIN.  so, don’t listen to this as i won’t be listening, even though they are giving it away for free! idiots!

(I’m such an incredible publicist, that Steven Colbert(FAKE NEWS) and John Oliver(FAKE NEWS) LOVE ME!)

More Fast Songs About the Apocalypse Tracklist:
01. Silence
02. A Softer War
03. There’s Nothing Wrong with the World There’s Something Wrong with Me
04. Trust
05. All the Hurts We Made
06. In This Cold Place
07. If Only a Correction of All We’ve Been
08. It’s So Hard to Say Goodbye
09. A Happy Song