A gorgeous third preview of the collaborative project's upcoming album, The Queen of Hearts 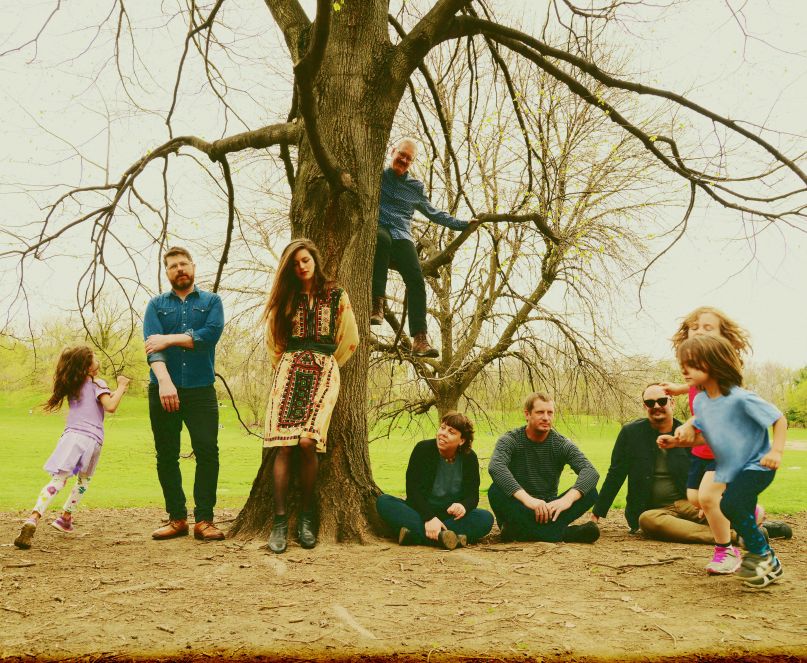 Following the title track and “Blackleg Miner” comes “The Old Churchyard”, a gorgeous and stirring number led by Chaney’s evocative vocals. In an interview with Lena Dunham’s Lenny Letter, she talked about her connection to the song and why she chose it for the LP:

“I learned that song from a record by the legendary English folk-singing group the Watersons. But they got the song from an American folk singer, I’m not sure how long ago. It’s a wonderful [song], and it definitely doesn’t sound American. I like to imagine how the first settlers traveled from the British Isles over to America, and how that music evolved in America and then this English singing group in the ’60s learned this song, so it sort of made its way back. And then I traveled from England over the ocean back to America and sang this song. I just kind of thought that was a nice cyclical thing.

It’s a song that I was doing at a lot of gigs in a very un-folky scene. I used to sing it a cappella on my own a lot. I wouldn’t regard myself as devoutly religious, but there’s something about that text that I think is quite mystical or beautiful.”

Listen in via the video below. The Queen of Hearts arrives July 14th via Nonesuch.