A preview of the forthcoming debut album, Hip Mobility 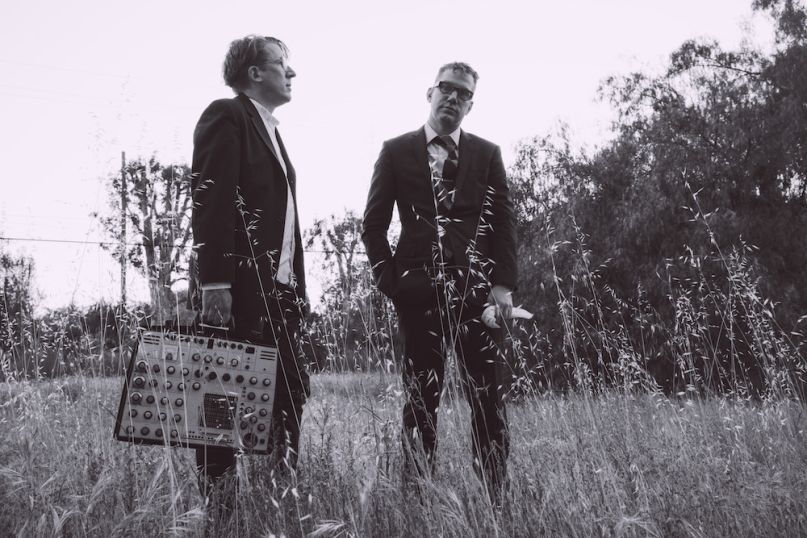 Fans of Wilco have had plenty to rave about this week. In addition to the launch of the band’s annual Solid Sound Festival in Massachusetts, frontman Jeff Tweedy has released a solo acoustic album called Together At Last. There’s also brand new music from Wilco pianist/keyboardist Mikael Jorgensen and his unique audio/video electronic project Quindar.

A collaboration with art historian James Merle Thomas, Quindar’s existence is very closely tied to space. The band is named after Quindar tones, the transmission “beeps” heard during NASA’s early Apollo mission, and thanks to extensive research, the two are often able to incorporate archival space audio and film into their material. As a press release succinctly put it: “Tracks often function as historical documents here, combining the sounds of early computing, telemetry systems and radar equipment with space-mission recordings and early synthesizer technologies that flourished during the same era.”

One of those tracks is today’s “Body Techniques”. Coupling intensely pulsing beats and a wash of ambient effects, it’s an atmospheric cut that sounds like what I imagine floating weightlessly between planets would feel like. Hear it below.

Both Jorgensen and Thomas provided Consequence of Sound with detailed thoughts on the track:

“The track ‘Body Techniques’ was crafted in turns. James transformed, manipulated and re-sequenced some audio, sent me the result and then I layered two different rhythmic parts over it:

• The first beats you hear are several patterns I created utilizing processed, sampled version of the Roland TR-808 drum machine.
• The buzzy clip-clop rhythms were from a cassette recording I had made in 1997 where I used a Boss drum machine, a distortion pedal and a delay pedal. This track had been laying dormant for nearly 20 years and I re-discovered it when pouring through some old hard drives.

The challenge and fun of playing this song live is to make a beat from scratch on the fly as we perform the song, adding new breakdowns and intentional glitches as we go. Each time we perform it the details fluctuate but the sonic and harmonic core of the track remains consistent.

I mean, let’s face it, ‘Body Techniques’ is an undulating protein ribbon of sonic gas around which the rhythms maintain orbits of different periods.

“‘Body Techniques’ takes its conceptual cue from the rich, associative wordplay we associate with artists like Rauschenberg, whose aesthetic influence and collaborative spirit looms large over the entire record. Looking at compositions like “Trust Zone” and “Sky Garden” [examples of individual prints from Rauschenberg’s 1969 “Stoned Moon” series] helps the listener to understand how Mikael and I collaborate: we begin with core constitutive elements, often field recordings, and work them over until they sometimes barely resemble their original form.

‘Body Techniques’ conjures, simultaneously, a kind of inherent sensuality, of slow movement in the dark that hearkens to the more lurid end of late acid house and 90s trip hop; and at the same time, carries a kind of embodied awkwardness—the title comes from a diagram instructing astronauts on how they were supposed to move around inside their spacesuits. So it’s both sexy and a little bit on the edge of clumsy, which is probably what any great dance move should be about: repetition, fluid motion, and risky business..

As for the actual track, we wanted to use field recordings as percussive elements and create a highly spatialized sensation: the feeling of being aware of your body but coming away from it…The Electron Octatrack is basically engineered to make tracks like this possible. It’s fun to use the device like an instrument and really play it, like you are conducting an ensemble. Each performance we play the piece is unique, expansive, and feels organic.”

“Body Techniques” is off Quindar’s upcoming debut album, Hip Mobility, which is due out July 14th on Butterscotch Records. Pre-order it here.