Reddit raises more than $16,000 for metalhead who went viral after receiving guitar from his deceased father

He's also caught the attention of Alice Cooper, who are bringing the kid backstage at an upcoming show 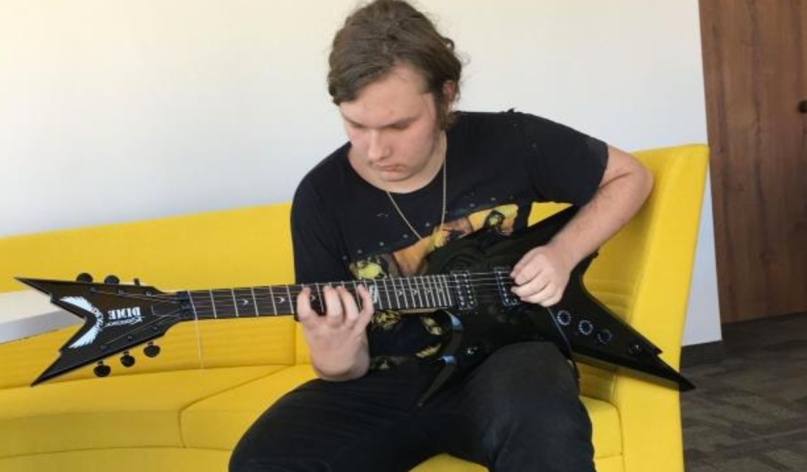 You might have heard about Johnny Crow, the budding metalhead who lost his father just before his 16th birthday. Before he passed, Johnny’s father bought him a Dean Razorback guitar, which Johnny was then surprised with when his birthday came along. An emotional video of him receiving the gift has since gone viral.

So heartwarming was the video that people on Reddit took it upon themselves to help Johnny get some lessons. Metal Injection reports that the owner of the music store where Johnny got the guitar, Port Huron Music Center and Grove Mall, got involved, sharing a PayPal account where anyone could submit donations. Welp, it appears metalheads are a generous bunch because they forked over $16,000 for the kid.

Instead of using it to take lessons from Eddie Van Halen himself, the Crow family is apparently working with a lawyer to ensure the money is handled responsibly. In the meantime, he’ll be able to noodle on a Jackson King V guitar that was personally bought for him by yet another Redditor.

And, as if that all weren’t enough, he’ll be hanging out with Alice Cooper on his upcoming tour. After hearing that Johnny had tickets, Cooper’s guitarist Nita Strauss extended a backstage invitation.

Rock on, Johnny. Enjoy it.