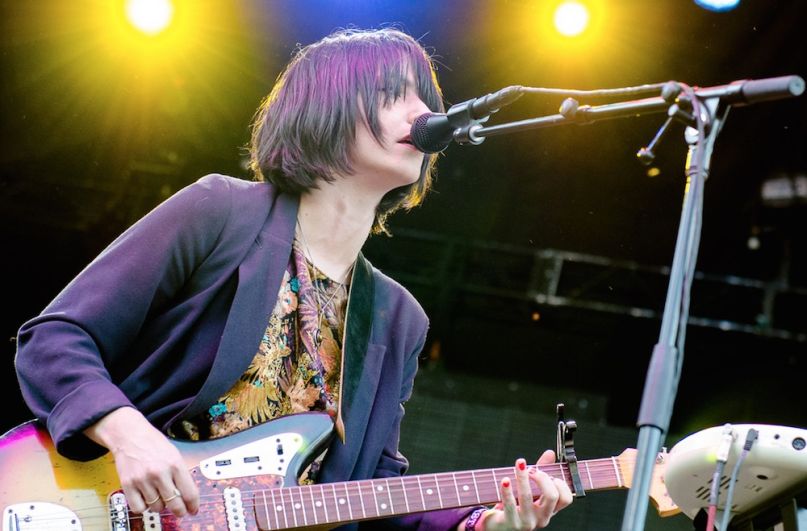 Last year, in the wake of the Pulse Nightclub shooting, Sharon Van Etten released a benefit single called “Not Myself”. This week marks the one-year anniversary of the tragedy, and Van Etten is again using her music to pay tribute to the victims while also raising awareness of gun violence. She’s enlisted Hercules & Love Affair to remix “Not Myself” and released the track through all digital service providers, with proceeds benefiting the Everytown for Gun Safety Support Fund. Listen in below and/or purchase a copy here.

“I was home with my parents in New Jersey when I heard of the shooting at the nightclub in Florida. Hate, violence, and intolerance has always upset me, but I haven’t been this overwhelmed with sadness and disbelief in a long time. The victims were only trying to be themselves and be comfortable and safe in their surroundings. That safety was violated out of fear and with a gun.

I originally wanted to raise money for the victims and their families, but I knew the issue was bigger than this. I wrote ‘Not Myself’ for the victims of this horrific event, but I chose to support the research and awareness work of Everytown for Gun Safety Support Fund: a movement of Americans working together to end gun violence and build safer communities.

In the memory of those trying to be safe and be themselves, I hope we can all come together to help prevent another massacre like this and end gun violence.

In a follow-up statement, Van Etten explained her rational for having Hercules & Love Affair helm a remix:

“During the journey of making this song and finding the best way to share it with the world, a fellow musician recommended I reach out to someone to remix the song to share with the club community. In this way, a version can exist where even more people can connect to this song in a more positive and healing light.”