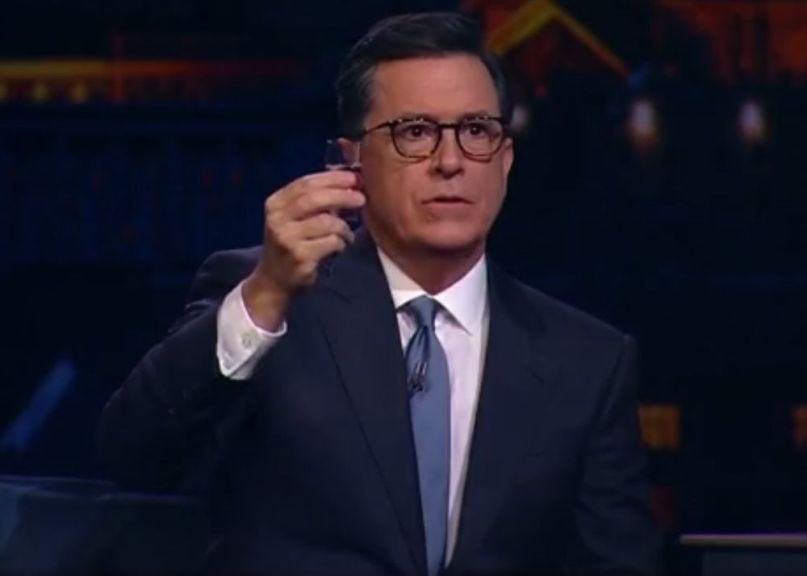 Or, at least that’s what it looked like when Colbert appeared on a Russian late-show called Evening Urgant. During a segment in which he played a game of Russian roulette with vodka shots replacing bullets, Colbert took a shot and declared, “I am here in Russia… to announce that I am considering a run for president in 2020, and I thought it would be better to cut out the middle man and just tell the Russians myself.” He added, “If anyone would like to work on my campaign, in an unofficial capacity, please just let me know.”

Earlier, Colbert had toasted “the beautiful and friendly Russian people,” and commented, “I don’t understand why no members of the Trump administration can remember meeting you.” In response, host Ivan Urgant joked, “I would like to raise a glass for the beautiful country, United States of America, which invented the Internet, thanks to which we can influence the outcome of the U.S. presidential elections.”

Most likely, the announcement is part of an elaborate skit. According to Deadline, CBS says that Colbert is on assignment for a future broadcast of Late Show. On the other hand, the comedian has raised the ire of Trump and his supporters in the past and he attempted to run for president during the 2008 election in character while he was still hosting The Colbert Report. Whether or not this is a case of Fake News, it sure looks like the 2020 presidential race is going to be an interesting one — especially if the former Rock joins the fray.

Watch video of the segment below. Unfortunately, you’ll have to sit through a TV program trailer first, but it’s worth the wait.