"It's deeply distressing that they chose to, rather than engage with us personally, throw shit at us in public" 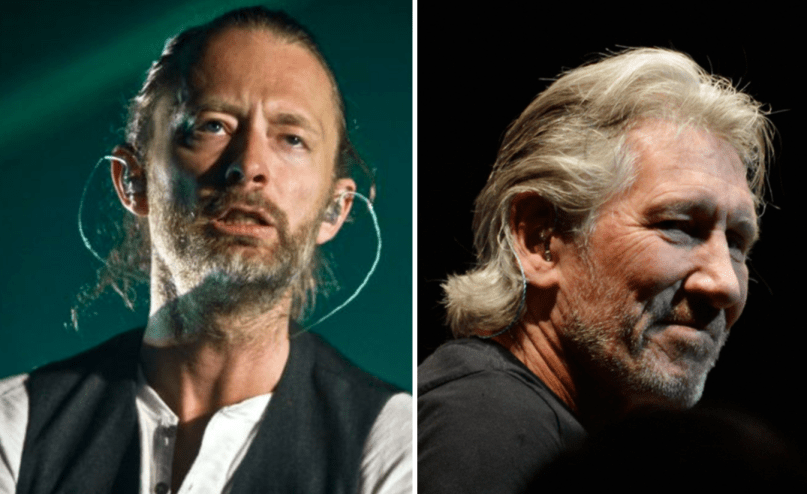 Recently, several of Radiohead’s contemporaries signed an open letter asking the band “to think again” about playing a concert in Tel Aviv, Israel scheduled for next month. The likes of Roger Waters, Thurston Moore, TV on the Radio’s Tunde Adebimpe, and 50 others put their names to the letter, which argues that “by playing in Israel you’ll be playing in a state where, UN rapporteurs say, ‘a system of apartheid has been imposed on the Palestinian people.’”

Now, in an interview with Rolling Stone, Radiohead frontman Thom Yorke has responded to the criticism. “I’ll be totally honest with you: this has been extremely upsetting,” Yorke admitted. “I don’t agree with the cultural ban at all.”

Yorke was especially bothered by Waters and co.’s decision to publicly rebuke Radiohead. “It’s deeply distressing that they chose to, rather than engage with us personally, throw shit at us in public.” He continued, “It’s deeply disrespectful to assume that we’re either being misinformed or that we’re so retarded we can’t make these decisions ourselves. I thought it was patronizing in the extreme. It’s offensive and I just can’t understand why going to play a rock show or going to lecture at a university [is a problem to them].”

(Read: Heartbeat: The New Kind of Peace Talk for Israel and Palestine)

Yorke also noted “how offensive” the boycott is to Radiohead guitarist Jonny Greenwood, who is married to an Arab Jew. “And imagine how upsetting that it’s been to have this out there. Just to assume that we know nothing about this. Just to throw the word ‘apartheid’ around and think that’s enough. It’s fucking weird. It’s such an extraordinary waste of energy. Energy that could be used in a more positive way.”

“This is the first time I’ve said anything about it,” Yorke added. “Part of me wants to say nothing because anything I say cooks up a fire from embers. But at the same time, if you want me to be honest, yeah, it’s really upsetting that artists I respect think we are not capable of making a moral decision ourselves after all these years. They talk down to us and I just find it mind-boggling that they think they have the right to do that. It’s extraordinary.”

For his part, Godrich told Rolling Stone that he too is against cultural boycotts: “I don’t think they’re positive, ever. And actually, I think that it’s true to say that the people you’d be denying [the music] are the people who would agree with you and don’t necessarily agree with their government. So it’s not a good idea.”

“Thom and Roger are two peas in a pod, really, in certain respects,” Godrich added. “They just have a disagreement about this, but they’ve never even met. I think Thom feels very protective of Jonny, which I completely get. But I’m not in the middle of Thom and Roger. Fucking hell, I wouldn’t like to be in the middle of those two. No.”

Despite the hoopla, Radiohead show no signs of scrapping the Tel Aviv concert, scheduled to take place at Park Hayarkon on July 19th. The band will be joined by the Jewish-Arabic band Dudu Tassa & The Kuwaitis.