While it presents a challenge to the writers, this is probably a good thing 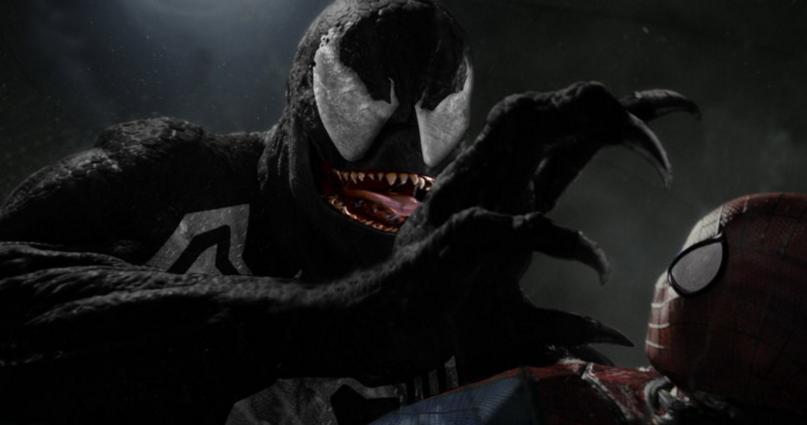 When last we saw Venom on the big screen, he was played by Topher goddamned Grace and functioned as yet another thinly motivated villain wedged into an already overstuffed movie, that being Sam Raimi’s Spider-Man 3. Earlier this year, however, we heard Venom would be returning, not as a sub-villain in a Spidey flick, but as the star of his own film with Tom Hardy starring as the titular character.

Considering Venom is one of Spider-Man’s chief nemeses, one might think that the webbed one would be a major part of the franchise. However, Variety reports that Marvel Studios president Kevin Feige has firmly denied an appearance by Tom Holland’s Spider-Man in the upcoming Venom movie. “No,” he said, “I think the folks there are making a great Venom movie and I don’t know much about it, but I know they’re off to a good start with Tom Hardy.”

As we previously outlined, this is most likely due to the fact that Spider-Man is now the joint property of Marvel Studios and Sony, while Spidey-related properties like Venom, Black Cat, and Silver Sable all still belong to the latter. When Venom was first announced, there was some mighty Internet confusion about whether the film was or wasn’t part of the Marvel Cinematic Universe. First Feige said it wasn’t, then Sony head Amy Pascal contradicted him while he tried to keep a straight face right next her. Finally, things were cleared up when Pascal stated clearly that the MCU and whatever universe Sony’s building with Venom and Silver and Black are separate entities. That said, they do exist in the same “reality” (think of it as the multiverse), so neither studio head would deny the possibility — however vague — that Holland’s Spidey and Hardy’s Venom might one day cross paths.

Regardless, Venom’s separation offers a unique challenge that writers Scott Rosenberg and Jeff Pinkner and director Ruben Fleischer will have to face head on. But hey, it’s most likely a good thing. The problem with this latest wave of Marvel movies is an overabundance of myth-building that detracts from the immediate story. If the Venom creators are less beholden to other longstanding narratives, they’re likely to produce a better product with the legs to stand on its own. That the film has been confirmed to have an R rating is even further evidence of this.

As of now, Venom‘s planned release date is October 5th, 2018, and rumors have it the character’s even more wicked offspring Carnage will be the primary antagonist. Meanwhile, Spider-Man: Homecoming is freakin’ fantastic and opens July 7th.