"We're gonna just bang it out when we get back home. We're ready to go [with] the album" 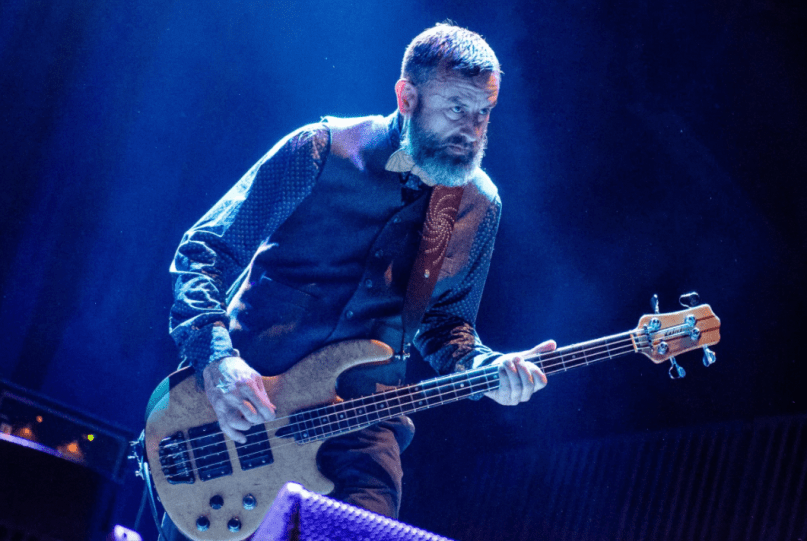 Though many have finally gotten their chance to see the band in the flesh, fans have all but given up waiting for a new Tool album to drop in 2017. Still, the band has clearly been working on putting one together for awhile now, so anticipation is still very much primed. In a new interview with Metal Sucks, bassist Justin Chancellor offered a positive update, revealing that they’re “about 90%” done writing their 10,000 Days follow-up and are likely to commence recording soon.

“We’re about 90% there,” he said when asked if the album arrangements were in place. “Ya know, it’s been like a crazy science project… We’ve just been really picky with what we want to put on this new album and really want to come up with something really unique. Plus, we have endless amounts of material to sift through.”

Tool is known for recording quickly — once they actually enter the studio, that is — and Chancellor expects them to get right to it after they return home from their current tour. “The last couple of weeks, being on the road and playing together this year, we’ve really hit a new level, I’d say. Really excited to be around each other. We’re gonna just bang it out when we get back home. We’re ready to go [with] the album”

The interview went down before the band’s one-day mega concert with Primus, Melvins, Fantômas, and others in Southern California, which went down on Saturday. Currently, there’s nothing else on their tour docket. That means if Chancellor is to be taken at his word, it looks like Tool is finally gearing up to record their first album since 2006.

Just to be safe, though, we wouldn’t hold our breath just yet.