"He called us friends, but really, we were just fans, and that was okay by me," said Bono 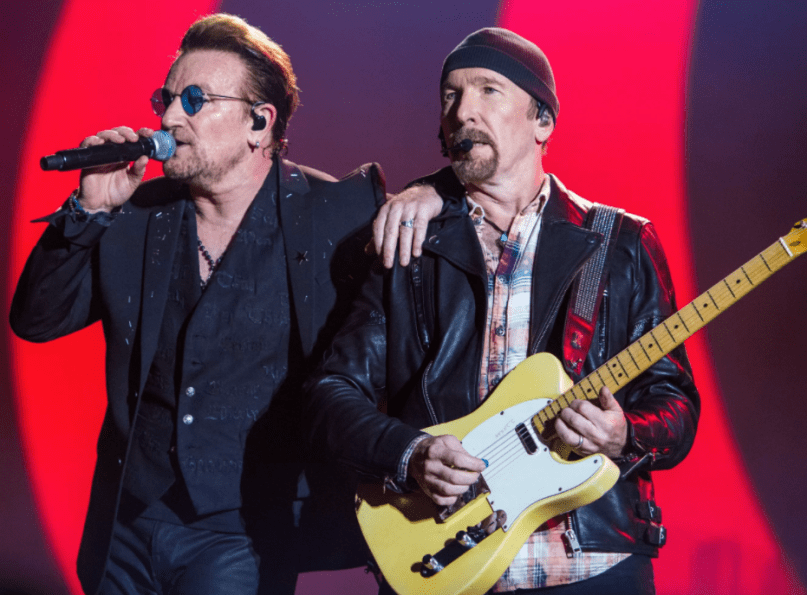 Over the weekend, U2 made their way to Toronto as they continued their epic 30th anniversary tour commemorating the release of The Joshua Tree. The show was the band’s second and final Canadian concert of the trek, and the closest they’d be getting to Montreal. With that in mind, they decided to use the opportunity to pay tribute to one of the country’s most beloved sons, Leonard Cohen.

“Tonight we hold onto some things, as we let go of others,” Bono told the crowd. “I’m not quite sure what I’m letting go of, but I know tonight I’m holding onto the music of Leonard Cohen, thinking about him today. He’s been on my mind. He’s an addiction I’m not ready to give up, so I’m going to sing this one to Leonard Cohen.”

From there, the band went into a U2-ified version of “Suzanne” by blending it into their own “Bad”, Edge’s guitar ringing out over the Rogers Centre. Towards the end of the song, they went back to the Cohen classic and Bono asked for the stadium lights to be turned off as he addressed the crowd again. “Just think of Leonard. He called us friends, but really, we were just fans, and that was okay by me. Forever Leonard Cohen. Stay with us.” Without prompting, the audience lifted their cellphones into the air, filling the venue with dots of light. “That’s beautiful. Stars coming out for Leonard,” Bono said. To top off the tribute, he and the crowd added in a few refrains of “Hallelujah” at the end.

Watch a pair of fan-shot clips below (via Stereogum).