It's the second single from the band's sophomore LP, which arrives on September 8th 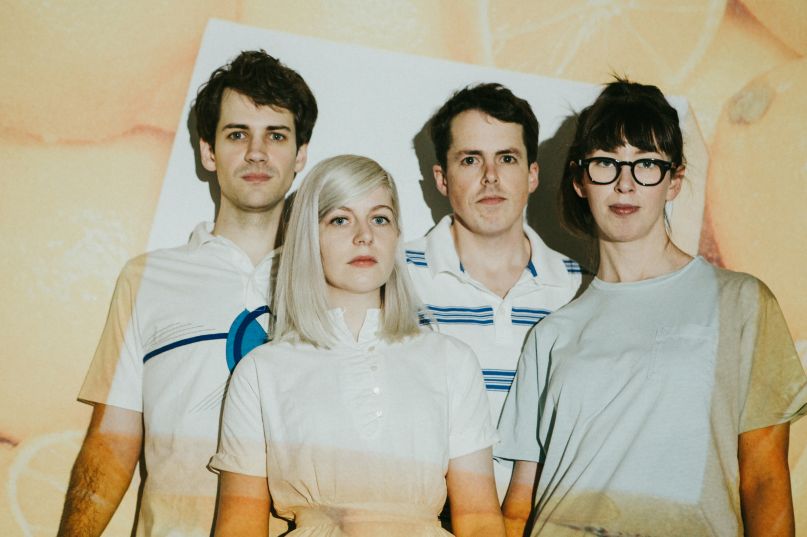 In September, Canadian synth-pop quartet Alvvays will release Antisocialites, the follow up LP to their 2014 self-titled debut. We’ve already heard the album’s “In Undertow” (and seen its deliciously trippy video), and now the band’s offered up another new single with “Dreams Tonite”.

Relentless in its romanticism, the song finds a starry-eyed Molly Rankin singing, “If I saw you on the street/ would I have you in my dreams tonight?” It’s a heart-swelling three minutes, and further proof that the band’s sophomore LP could be one of the fall season’s best.

Singer Molly Rankin wrote the song (and the rest of Antisocialites) on Toronto Island, where she found inspiration in the shoreline and an abandoned schoolroom nearby. “I carried a small PA on the ferry in a wheelbarrow,” she said in a press release. “Every morning I would listen to my favourite records on the beach, then I’d write melodies and record demos in the classroom.”