In a poor choice of words, Garfield describes himself as "a gay man right now just without the physical act" 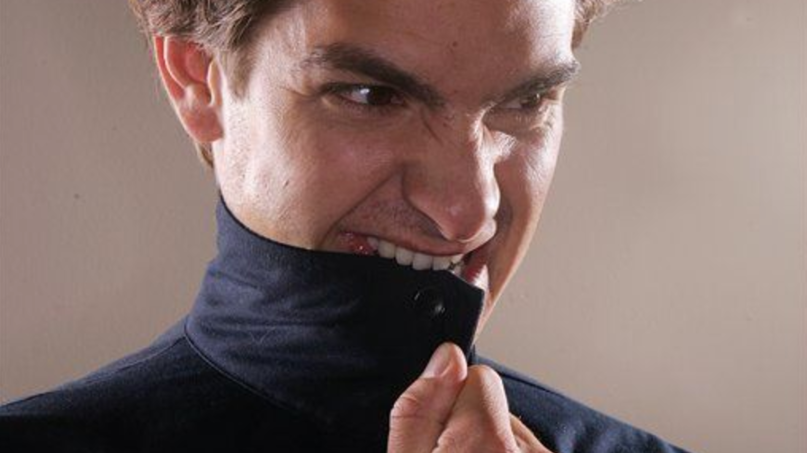 Andrew Garfield is in some hot water online for comments he made during a live talkback at the National Theater in London. He’s currently starring in a production of Tony Kushner’s seminal queer play Angels in America, wherein he plays Prior, a gay man struggling with AIDS in the 1980s. During the talkback, Garfield appears to have offended many while discussing the pricklier aspects of being a heterosexual playing a homosexual role.

“[W]hat right do I have to play this wonderful gay role?” he said to the audience before noting that Kushner himself asked him to star and that “maybe if he’d asked me, it was the right thing.” He continued, “It was about doing honor, doing justice, and knowing my history.”

Unfortunately, that latter comment clashes with another comment from the actor, who said that his enjoyment of RuPauls’ Drag Race helped him find the character. “My only time off during rehearsals – every Sunday I would have eight friends over and we would just watch Ru. This is my life outside of this play. I am a gay man right now just without the physical act – that’s all.”

It’s an odd choice of words, those last few sentences, and they were bound to rub those in the queer community the wrong way, not because Drag Race isn’t a great show, but because it’s a rather reductive avenue to use as one’s portal into gay culture. Furthermore, to say that you’re “a gay man right now just without the physical act” is to reduce one’s sexual identity to nothing but a costume.

Many took to Twitter to express their displeasure with the actor’s comments.

Andrew Garfield: RuPaul's Drag Race and Tony Kushner made me gay
Me: pic.twitter.com/iear2N1XVz

Andrew Garfield is "gay without the physical act" because he watches RuPaul.

Of course, none of this seems to have been Garfield’s intention. Elsewhere in the interview, he discusses his own sexuality, during which he opens himself up to the possibility of a homosexual relationship. “As far as I know, I am not a gay man,” he said. “Maybe I’ll have an awakening later in my life, which I’m sure will be wonderful and I’ll get to explore that part of the garden, but right now I’m secluded to my area, which is wonderful as well.”

Really, though, this whole situation resonates as another example of how important it is to hire actors who best represent the culture, race, and experience of those they’re portraying. That’s not always possible, but, despite the quality of the actor, it’s kinda absurd to cast one of the most iconic characters in queer theater with a heterosexual performer.