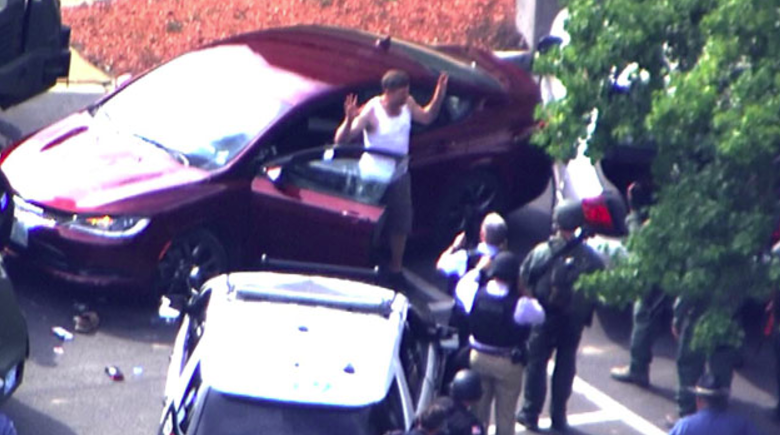 In 2014, a pair of Juggalos were arrested after attempting to a murder a roommate who “disrespected” Insane Clown Posse. Three years later, another member of the rap group’s fan base proved his devotion by showing up outside a Massachusetts radio station with an axe and demanding the station play the 2000 ICP song, “My Axe”. When the request was unsuccessful, he found himself in a three-hour standoff with police.

According to CBS Boston, police responded to the Kiss 108 studios when 38-year-old Richard Newton began waving an axe at a station receptionist. Newton then returned to his car where he drank beer and huffed something from a paper bag. After police surrounded his vehicle, officers used a taser and bean bag gun in attempt to deescalate the situation. He refused, however, telling them, “you’re just going to have to kill me then.” After three hours, Newton finally surrendered, with only minor self-inflicted cuts to his arms. He will undergo a psychiatric evaluation.

Watch video of the standoff below via CBS Boston.

In case you’re not familiar with the song in question, check it out below.

Needless to say, the incident won’t do much to help the Juggalos’ cause. In 2011, the FBI classified ICP’s fan base as a “gang,” and the group’s 2014 lawsuit against the FBI was thrown out of court. This September, there’s a Million Juggalo March planned in protest.