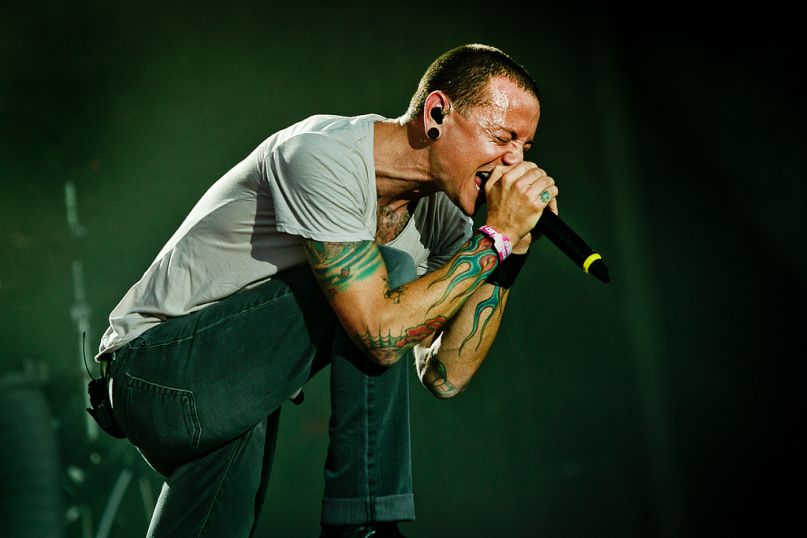 Chester Bennington’s suicide has already unleashed a number of tributes from his many peers and millions of fans. The Linkin Park singer was one of the pioneering voices in bringing rap rock to pop radio. Bennington’s sinus-splitting screams along with co-singer Mike Shinoda’s smooth flow allowed Linkin Park to explore various sounds while becoming one of the biggest bands of their generation. The group released One More Light in May, which was their first album since 2014’s The Hunting Party. Despite less-than-stellar reviews, the band’s upcoming tour was eagerly anticipated.

Fans will attest that the band were a more powerful force live than in a studio setting. Their sets were highlighted by the fervor expressed in Bennington’s trademark skull-penetrating screams and unrelenting intensity. His underrated flexibility as a singer allowed him to be at home onstage with artists as diverse as JAY-Z and the late Chris Cornell. As an outpouring of love continues to head the fallen singer’s way, we’re paying tribute to him by remembering his finest live performances.