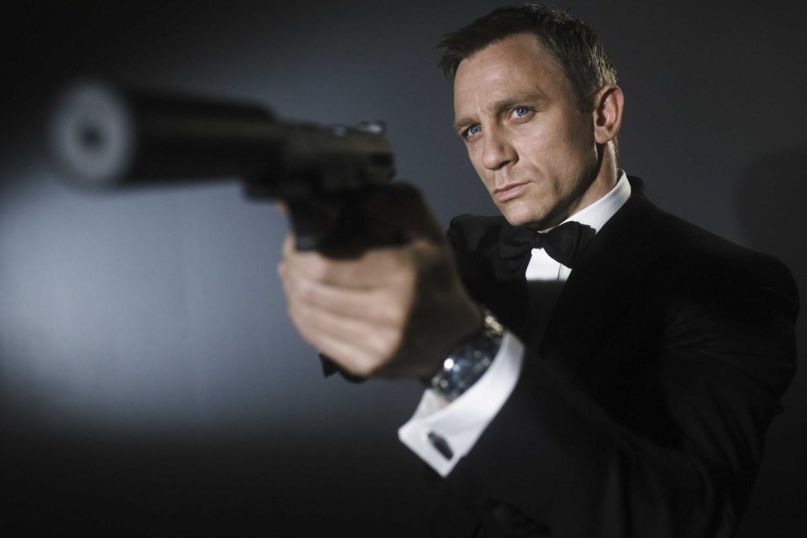 For some time now, rumors have swirled around Daniel Craig’s future as James Bond. First, Craig wanted out to the series amid public remarks that he’d rather do just about anything else. Then word surfaced that a wheelbarrow of money was being offered to the actor to stick around for at least two more films. Craig himself walked back his remarks, stating that he would indeed stay around, but still nothing was confirmed as far as the next Bond film was concerned.

Now, it appears that Craig will remain James Bond… at least for one more movie. As the 25th Bond story enters its early stages of production, The Mirror reports that “Bond producer Barbara Broccoli is said to have secured Craig – and we can reveal she is ‘determined’ that superstar singer Adele will record the theme tune.”

While the source can be taken with certain grains of salt, to put it charitably, it’s the most definitive news to come down the pipeline in several months about Craig’s status with the series. (The article also suggests that the gauntlet of replacement actor rumors in the wake of Craig’s previous remarks played a major role.) Equally notable is the revelation that Adele is wanted back for another opening song, after garnering acclaim for her Skyfall theme; however, given the recent cancellation of her Wembley Stadium dates, it’s unclear if or when this could actually happen.

And while we’re on the topic of Bond, a recent Playboy interview with Christopher Nolan saw the director suggest that he’d have interest in one day taking on a 007 tale: “I’ve spoken to the producers Barbara Broccoli and Michael G Wilson over the years. I deeply love the character, and I’m always excited to see what they do with it. Maybe one day that would work out. You’d have to be needed, if you know what I mean. It has to need reinvention; it has to need you. And they’re getting along very well.”

Given the generally lukewarm reception of Spectre, and the still-hanging question of how much longer Craig will stick around beyond this 25th installment, it wouldn’t be a bad time for one of Hollywood’s foremost directors to come around and reinvent another series as only he can.