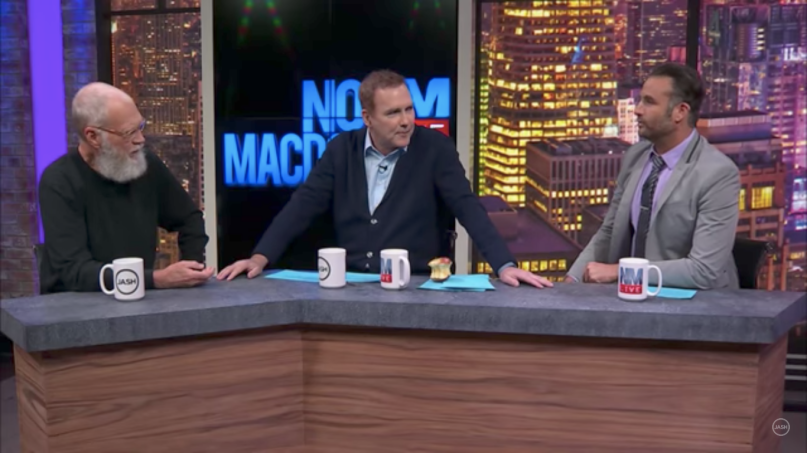 Macdonald and Letterman are old friends, with the former having appeared on Late Night/Late Show countless times throughout his career, so the conversation is as smooth, conversational, and hilarious as you’d expect from two of the funniest people alive. Over an hour, the pair ping-pong between topics that span Letterman’s early career, his heart surgery, their experience with psychiatrists, and whether or not he “laid on top of” Mary Tyler Moore.

One particularly memorable (and hilarious) exchange centers around Letterman’s first hosting gig, which was for a game show called Wordbusters.

Letterman: The show that I audition for the host for was Wordbusters. and one of the guests was Jo Anne Worley. We had committed to doing two pilots of the same show. so, as we’re getting ready to go out and do the show, she leans over and says to me, “Now that you’re hosting a game show you’ll never be anything else.” This is just before we’re ready to walk out and start Wordbusters.

Macdonald: Was that okay with you then?

Letterman: Oh, yeah, I was fine with that, Norm.

Watch the whole interview below.