Al Gore's follow-up to An Inconvenient Truth offers a similar message, but a bleaker one 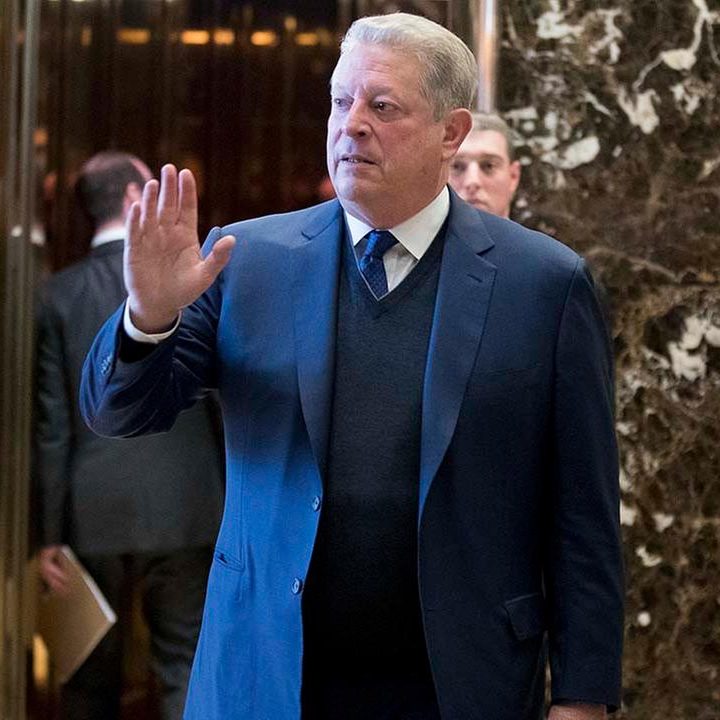 Just over a decade ago now, An Inconvenient Truth became a surprise documentary success. Al Gore, after losing out on his 2000 presidential bid, decided to take on something that had been a pet issue of his dating back to the 1980s: global warming and climate change. The trouble came when it became as much a shorthand for “uninformed liberal outrage” in the eyes of its opposition as the rallying cry for environmental awareness it was intended to be. Even as it stormed its way to an unexpected gross of nearly $50 million worldwide, Gore at once became the face of climate change and the most prominent public target for those who regarded it as alarmist mythmaking.

An Inconvenient Sequel: Truth to Power offers a lengthy response to that tension. Directors Bonni Cohen and Jon Shenk chronicle Gore’s continued work since the previous film, as well as the eerie number of predictions made in it that have already come to fruition. The facts come early and often courtesy of a noticeably aged Gore, as he continues to travel the world hosting educational seminars in the hope of giving other activists the knowledge and tools necessary to spread the word about the dangers of climate change. As the film notes, he’s trained over 10,000 people using various iterations of the case made in the first film, which primarily focus on alarming increases in everything from greenhouse emissions to flood damage around the world.

Yet An Inconvenient Sequel is often as concerned with failure as success, if not a little bit more so. A recurrent motif throughout is how many efforts of Gore’s and others have been trumped by big business, politics, or simple circumstance. At one time he pitched the idea of the Discover satellite, capable of charting atmospheric changes and emissions from space on a steady cycle by orbiting the sun in tandem with Earth, only to see it stripped of nearly all of its climatological functions by the time it was launched. Solar power has become a major economic cornerstone in some nations, but still struggles against the common rhetorical stigma of it being economically damaging, despite no shortage of proof to the contrary. Early in the film, Gore walks through a flooded section of Miami with the mayor and other officials, remarking upon how the city can’t be rebuilt fast enough to stave off the risk of a major storm putting it underwater.

At its best, An Inconvenient Sequel foregrounds the physical evidence of a serious shift in the global climate. In Greenland, Gore and a scientist walk over a melting ice cap, examining the massive schisms which will sooner or later cause entire shelves to crack and melt. The first film’s controversial prediction of a drowned New York City is invoked again by way of Hurricane Sandy, and it’s noted that 14 of the 15 hottest years on record have come since 2001. Gore observes at one point that “Every storm is different now, because it takes place in a hotter and wetter world,” and it drives home the film’s effective central thesis, which appropriately recalls An Inconvenient Truth’s: every year of continuous inaction only raises the stakes.

A fair deal of the documentary also follows Gore’s active involvement in the 2015 climate conferences in Paris, which resulted in the now-embattled climate accords promising to dramatically reduce greenhouse emissions in hopes of avoiding serious atmospheric damage. In these moments, An Inconvenient Sequel is less focused; this is a hurdle the film encounters whenever it moves away from Gore straight-talking about the growing dangers of continuing to treat climate change as a myth. Alhough it’s observed by foreign leaders that the U.S. is scarcely in a position to point the finger at other nations for environmental damage, this key aspect of the film’s arguments about democratic responsibility as a cornerstone of policy change is largely sidestepped, to the film’s detriment.

The most effective arguments center on Gore’s status as a veteran of the battle around this issue. His weary exhaustion is poignant in a way that lends gravitas to a doc largely dealing in facts and doomsday imagery. Gore notes that “If I said there weren’t times where this felt like a personal failure on my part, I’d be lying,” and his intention is sincere even if the documentary isn’t always completely sure how best to illustrate it. (Late in the film, an impassioned speech from Gore makes the case for climate change as an equitable struggle to civil rights and womens’ suffrage, and it’s a highly questionable note to strike, even with Gore’s best intentions in mind.) The decades of banging his head against so many walls have taken an evident toll, even as he attempts to remain positive, and it’s that aspect of An Inconvenient Sequel which resonates most.

And despite the film concluding right around November 10, 2016, when an entirely new cycle of denial and struggle was set to begin (“There have been lots of setbacks. Now we have another one”), there are moments of optimism. There are still those 10,000 students, and the eventual launch of the Discover. While it’s still unclear what America’s long-term role in the Paris agreements will be, the agreements were nevertheless made. Solar energy has proven itself to be economically viable despite the backlash against it, and it’s become a boon to developing nations. An Inconvenient Sequel will be denigrated by some for its polemics, but it’s less an attack on big business (though such sentiments are certainly present) than a call for a rational assessment of proven facts. If it does occasionally dabble in hero worship of its subject, it also makes the effective case that somebody has to keep showing up when nobody else can be bothered.

An Inconvenient Sequel makes the same point Gore made a decade ago, with increased fervor: global warming is still happening, and it’s only worsening regardless of whether we choose to engage with it or declare it a political myth. For Gore, there’s no time for debates when cities are drowning.