Kathryn Bigelow's drama about the 1967 riots is brutal, pointed, and complicated 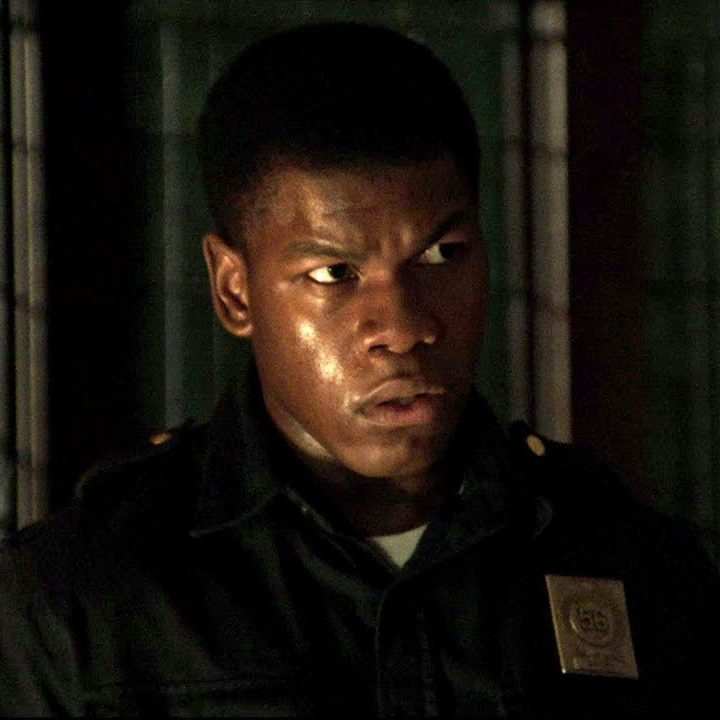 Over the past decade, Kathryn Bigelow has repurposed her skills in the arena of action filmmaking in service of a new kind of political reportage. The Hurt Locker lent a human face to the American war drive while Zero Dark Thirty used the auspices of the manhunt thriller to comment on the many questions left behind by the horrors of the September 11th attacks and how no “Mission Accomplished” banner could ever fill the cultural void created in their wake. Each film offered a new perspective on power, and the people who do the actual daily legwork to maintain it for those above them. With Detroit, Bigelow utilizes the kinetic action filmmaking of those productions in service of a different sort of treatise. Here, she delivers an examination of a criminally overlooked moment in modern American history and the ways in which it was both a continuation of the sins of the past and a harbinger of things still to come.

The Detroit Rebellion of 1967 was a vocal response to the escalating tensions between the African American population of the city, the Detroit police force, and a city government that continuously endangered both with its sustained negligence. As the film’s stirring, animated opening illustrates, the Great Migration of black Americans from the South in the early decades of the 20th century ultimately led to fear-based propaganda and the subsequent white flight from a number of major cities. Few cities were affected more directly by this nationwide exodus than Detroit, where the increase in the city’s black population was met with aggressive and hostile resistance from much of the city’s white population. Detroit’s minority population struggled against housing discrimination, blockbusting, violent policing, and mistreatment at nearly every social level. As declared in the film’s earliest moments, “The promise of equal opportunity for all turned out to be an illusion.” Fading out most of that sentence onscreen, Bigelow allows those final two words to linger.

By July 23, 1967, tensions around the city had reached a point of no return. When an unlicensed nightclub was raided, and its inhabitants forced out into the streets and arrested by the wagonload, the first bottles were thrown. By the next day, the conflict had erupted into looting and rioting, Molotov cocktails lighting entire blocks of the city on fire. Storefronts were destroyed. Rioters and looters and residents found themselves in grave danger. Political activists attempting to preach the virtues of peaceful resistance and slow-moving change were disregarded in favor of a more direct demonstration of the black population’s discontent with years of discrimination. Snipers began to attack both passersby and law enforcement, curfews were established, the National Guard was called in to restore order, and an atmosphere of constant terror soon overwhelmed the city. By the time the riots concluded a week after they began, 43 had died, 1,189 were injured, and more than 7,000 arrests were made.

Bigelow aims early for immersion at the most humane level; for the sprawl of Detroit’s cast, this is a film about the people of that time and the horrors some of them encountered as the result of the violence. The early scenes roam around Detroit on the first day following the first chaotic night: A US representative of the state stands on a car and calls for peace, receiving loud contempt in return. Dismukes (John Boyega), a security guard, attempts to protect storefronts from looters. Krauss (Will Poulter) waxes philosophical in the front of his police car about how “we have let these people down,” on his way to shooting a looter in the back multiple times for attempting to flee arrest. In another part of town, Larry (Algee Smith) prepares to debut at the Fox Theatre with The Dramatics, only to have his breakout moment cut short when a curfew enforcement shuts the theatre down and sends the crowd home. Even as his dream is dashed, Larry refuses to leave before he steps out on the stage and croons for an empty house, mourning for what might have been.

The true purpose of Detroit takes time to emerge, but Bigelow and writer Mark Boal build to that key incident by slowly establishing a strangling sense of foreboding. If there are moments early on in which the film seems unfocused in its wide-ranging approach to capturing the fraught moment in American history, the perspective soon tightens to one specific location for many of the film’s 143 minutes: the Algiers Motel. A hangout for everybody from ex-military vets to locals to musicians to prostitutes to gamblers, the Algiers became an infamous symbol of the violence surrounding the ’67 riots when three young men were murdered on its premises in a large coach house behind the motel. What happened in that house, and to them, is the story Detroit ultimately settles in to tell. And it’s in these scenes that Bigelow’s film becomes something more primal than her other politicized work, a film which reaches into the past to comment on the cyclical nature of intolerance and violence.

The facts are known, if debated: three young men died. Three police officers were tried and acquitted of murder charges related to the encounter. Rather than introducing the moral vagaries that made Zero Dark Thirty such a polarizing film for some, Detroit makes its stance abundantly clear: Officers Krauss, Demens (Jack Reynor), and Flynn (Ben O’Toole) were directly responsible for the deaths at the Algiers. In the scenes leading up to the film’s central conflict, Bigelow envisions a tightening noose using intimate photography, a period-perfect grain over the events, and a pervasive sweat and heat over every scene that treats the oncoming threat of violence as wholly inevitable. The presence of a denizen of the motel brandishing a fake pistol becomes a portent of incoming doom. When that capgun is fired out a window, for the sake of panicking some nearby Guardsmen, the Algiers becomes ground zero for a panic-induced night of unimaginable cruelty, all carried out by the city’s ostensible protectors under the guise of a “sniper hunt.”

It’s in these scenes that Detroit finds its unsettling power, owed as much to the film’s staggering performances as Bigelow’s tactile, unnerving filmmaking. As the film’s scope reduces, it builds in horrific momentum, starting when Krauss holds seven men and women against a wall at gunpoint, demanding to know who the sniper was and where the weapon is. Before long, he’s loudly demanding to know if “y’all sing that gospel shit,” carrying on a horrifying pantomime of authoritative interrogation that quickly mutates into ritual torture. Individuals are walked into rooms for private questioning and falsely “murdered” to intimidate the others. A shotgun barrel is teased up a woman’s dress as a threat. An ex-Air Force serviceman (Anthony Mackie) is treated with disrespect and suspicion; if he was alone in a place like the Algiers, with a pair of white girls, it can mean only that he must be a pimp.

As Krauss, Poulter delivers a performance that will leave even the most hardened viewers mumbling obscenities under their breath. The actor’s young features are used to vicious effect, Poulter mining his innocent physicality to envision a different, more everyday kind of monster. (If the police are treated by the film with a distinctly leading bias, this is reflective of the real-life fiasco that these three particular officers set off.) It’s just one of a number of stunning turns throughout the film, from Boyega’s involuntary protector and observer to Jacob Latimore as a terrified young musician to Kaitlyn Dever and Hannah Murray as two women trapped in the middle of a racially fueled nightmare, learning what everybody else in the lineup knew from the moment the police showed up, the hard way. As the night wears on, the gun fails to manifest, and the officers become increasingly panicked to justify their conduct, Detroit takes an unyielding look at police violence in a way few major Hollywood films have, examining how easily a bad situation can worsen in the wrong, delusional hands.

It is likely that much will be said in the coming weeks about Bigelow’s approach to the subject, particularly as it relates to the politics of depicting abuse of the black body as she does here. The bracing immediacy of the film’s bursts of violence, particularly in a modern context, is unsettling in more than the intended ways; at times, it could be argued that Detroit falls into the same category as a well-meaning individual posting videos of police murder on Facebook to raise awareness while simultaneously demonstrating an ignorance of what those images may mean to some viewers. To some, the film will undoubtedly serve as a cry for empathy and action, illustrating truths that are so often reduced to opinion-based debate. To others, it may well ring as a lurid re-enactment of a hideous real-life incident, a recounting of disturbing events all too common for some to benefit those for whom they’re not. For its part, Detroit recalls that terrible night in the Algiers with stark clarity, for better or worse, rendering history as both a continuation of earlier national misdeeds and a reflection of the sort of history that tends to be glossed over in high school classes in favor of a simpler rendition.

What distinguishes Detroit from its possible endgame as a polemic screed, though, is the sense that life will and did continue on beyond the revolting events it depicts. In Larry, who Algee Smith portrays with a remarkable balance of charm, pain, charisma, and inner turmoil, the film sees a way forward even as it observes the unfairness of that way forward being forever marred. Like the city itself, those unfortunate enough to be at the Algiers when the police and the soldiers showed up would never truly heal, in a sense. But except for those three young men who met their terrible end, they would live on. While the film ultimately overextends itself by allowing for an extended coda to put what might be too neat a bow on its themes of unchecked brutality and how those behaviors were hardly abandoned with time, it also allows for the possibility that life must go on, no matter how unjust. A person cannot be the same again after such a thing, but they might still be. And a city cannot be rebuilt in full after it burns, but it can forge a way ahead. But neither man nor city will resemble their former selves when it’s over.