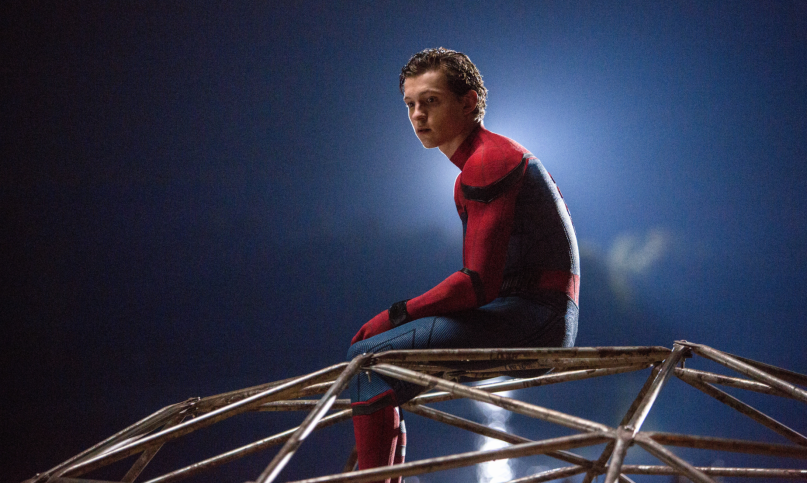 Nobody really wanted another Spider-Man film. After all, it’s only been a decade since Sam Raimi last touched the franchise, five years since Sony rebooted the whole thing with Marc Webb, and three years since its critical flop of a sequel. But things changed around February 2015, when Marvel Studios and Sony did the unthinkable and brought the notorious webslinger into their blockbuster, game-changing Marvel Cinematic Universe. Suddenly the idea of seeing Peter Parker again sounded like a good idea, and when he swung into action in last year’s Captain America: Civil War, any trepidation over seeing another regurgitation began to subside.

Still, there’s a considerable difference between a snazzy cameo in a beloved sequel and a standalone feature film. Sure, the young Tom Holland appeared fit for the part, but what about the fact that it was in the hands of a rookie director (Jon Watts), six goddamn screenwriters (Jonathan Goldstein, John Francis Daley, Christopher Ford, Chris McKenna, Erik Sommers, and Watts himself), and a studio that hasn’t had the most ironclad track record in recent memory (Sony)? Rest assured, every one of those (legitimate) concerns were all for naught, as Spider-Man: Homecoming is an enchanting reminder of why we ever hid comic books under our beds in the first place.

Even better, the whole thing actually feels like a grounded film, something nobody has been able to say of any feature coming out of the MCU in years. Perhaps it’s because this is the first joint production in the billion-dollar franchise, and the collaboration between the two parties may have lent the filmmaker more control (something that’s clearly not kosher over at Disney, which owns Marvel), but Spider-Man: Homecoming feels both in and out of the universe. It’s a human film, oozing with heart and believable stakes, a brilliant marriage that mirrors the enduring ethos of the Spider-Man comic books. Hey, who would have thought that relating to a hero would prove ideal?

It does, and if that weren’t enough, they’ve also tossed in a relatable villain. Lately, there’s been plenty of debate about the lack of memorable villains in any superhero film, and for good reason: They’re all bland. With the exception of Tom Hiddleston’s hunky Loki, who’s more of an anti-hero than a proper villain anyhow, everyone has been mildly vanilla — and it’s not like they didn’t have the talent. Jeff Bridges, Robert Redford, Hugo Weaving, Mickey Rourke, Mads Mikkelsen, and even Steff himself James Spader have all come and gone with amicable results. What Michael Keaton does is bring his trademark manic energy to the mix without losing himself in the process.

As Adrian Toomes, aka Vulture, Keaton plays a working man that’s been royally fucked by our favorite blockbuster super team. Let’s just say, he’s another one of the countless victims that keep coming out of the woodwork following the events of 2012’s The Avengers. Basically, he has his reasons for pursuing crime — reasons we’ll leave undisclosed, as we we will with most of the plot — and it’s these reasons that make him such an appropriate and definitive villain, especially for the Spider-Man universe. Because like Parker, he’s a rogue civilian taking matters into his own hands, and even though it’s a life in crime, there’s pathos to his justifications.

(Comics to Screen: A Geek’s Guide to All the Easter Eggs in Spider-Man: Homecoming)

In other words, he’s not some unstoppable super-villain with unspeakable powers; he’s your average next-door neighbor with exceptional gadgets, and this is not only refreshing but appropriate. It fits the organic scenery and chewy narrative that Watts and his team of writers have designed for their first go-around with Parker, which is essentially a John Hughes movie with tights. And to their credit, that’s always been the conceit of this film, as Marvel headmaster Kevin Feige admitted precisely two years ago that they were “inspired by [the late director],” insisting: “It’s the soap opera in high school, and those supporting characters, that are interesting.” How right they were.

This is a Spider-Man film that knows how to have fun without getting too lost in the drama, and like Hughes’ strongest works, it leans on tension and angst at all the right, poignant moments. There’s a whimsical spirit to Watts’ stylish direction that’s rather addictive, recalling the punchy action of Matthew Vaughn and the comic scrappiness of Shane Black — and everyone’s game. Holland beams with millennial excitement, bouncing off a supporting cast that nails the timing of every sugary line, particularly Jacob Batalon as his Lego-loving best friend Ned, Zendaya as his nosy classmate Michelle, and Tony Revolori as jerk-store deluxe Flash Thompson. They’re all great kids.

Also great is the rest of the film’s A-list supporting cast. Martin Starr steals a few moments as an academic decathlon coach, Hannibal Buress nails the apathetic mannerisms of every physical education instructor, Bokeem Woodbine keeps his villainous Fargo streak alive as Herman Schultz, Donald Glover schools Spider-Man (no doubt a nod for those who wanted to see him suit up), and Marisa Tomei keeps adding a maternal instinct to the mix as the youngest May Parker of any Spidey adaptation. Despite the hefty cast, it never feels like Watts wastes any of their screen time, which is an impressive feat given how easy it could have been to get lost in all the star power.

Of course, this being a brand-new chapter in the MCU, there are also the mandatory familiar faces, and this time, it’s Tony Stark (Robert Downey, Jr.) and Happy Hogan (Jon Favreau). Yet unlike past Marvel entries, their inclusion actually feels necessary, and allows the film to eschew the traditional origin story. Instead of honoring his Uncle Ben, Parker is more insistent on impressing Stark as he desperately attempts to become one of the Avengers. In fact, the way Watts weaves in the events both during and after Civil War is quite genius, and winds up setting the tone for the film. Naturally, it helps that Holland blends seamlessly alongside Downey, Jr. and Favreau.

That’s not very surprising. Considering Spider-Man is arguably the most popular character in the Marvel catalogue, it’s understandable why the two studios are currently grooming him to lead the franchise in the future. Don’t worry, that’s probably still a ways off, but the proof is in the web fluid. Holland is charismatic, witty, and super resourceful, everything we loved about Downey, Jr. when he first bowed on screen way, way back in 2008’s Iron Man. Similar to that film, there’s this inherent feeling within Spider-Man: Homecoming that there’s really no foreseeable line on the horizon to this franchise, and that hasn’t exactly been the case for superhero films as of late.

Things change, though, and that appears to be the narrative for the superhero genre in 2017 and beyond. Reason being, there’s a renewed energy to the medium, one that started with FX’s mesmerizing Legion, continued with Fox’s outstanding Logan, persisted with WB’s triumphant Wonder Woman, and keeps on rolling with Spider-Man: Homecoming. What do these all have in common? Films that value the filmmaker over the franchise, and that looks to be the trend in the not-so-distant future, what with Taika Waititi flipping the script on Thor: Ragnarok, Josh Boone turning X-Men: New Mutants into a horror film, and Matthew Reeves going neo-noir for The Batman.

So, if anything feels like it’s been rebooted here, it’s the MCU, and that’s a good thing.