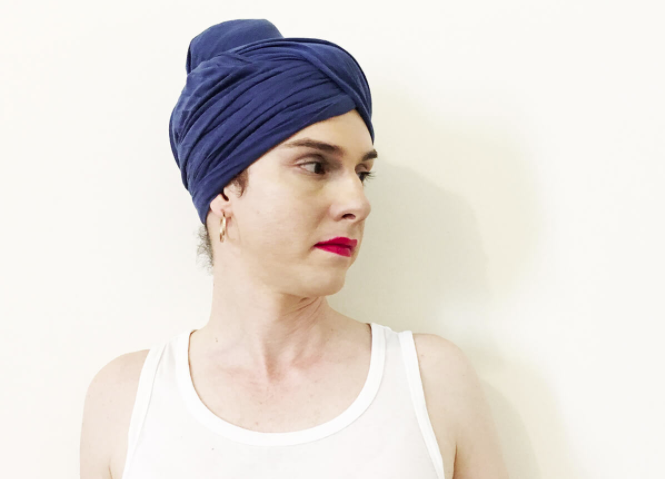 LCD Soundsystem Gavin Russom has come out as transgender in a new interview with Grindr. Russom, who plays synth and sings backing vocals in the band, says she has identified as a woman for most of her life and recently informed her bandmates of her transition.

In her interview with Grindr, Russom said her decision to come out now was motivated by LCD Soundsystem’s upcoming tour, as she “could not imagine” spending the next year continuing to pretend to be someone that she’s not. “My body rejected it in the same way that it now utterly rejects going into a men’s bathroom or when somebody calls me ‘sir.’”

Russom said that her bandmates have been “really supportive” about her transition, adding, “The general feeling in the group is that will make the band better.” Since coming out, she has felt more connected to the band’s music.

Though Russom said “I’m the happiest I’ve ever been,” she went on to note the numerous challenges still facing her. Asked how she felt about touring in states that discriminatory laws against trans people (such as in North Carolina and Texas), Russom called it a “tough question” and relayed the “unpleasant” and “scary” feelings trans people experience when using a public restroom.

Ultimately, Russom intends to use her notoriety to create a platform for others to be heard, especially trans women of color.  “For anybody who is struggling with their gender identity or who wants to come out and is afraid to,” Russom said, “what would be better than giving someone permission to do that through my performance? That’s the ultimate. It’s what other people gave to me, so I’d love to pass that along to other people, too.”