The 23-track effort is described as "one giant, dark, moody, psychotic head trip" 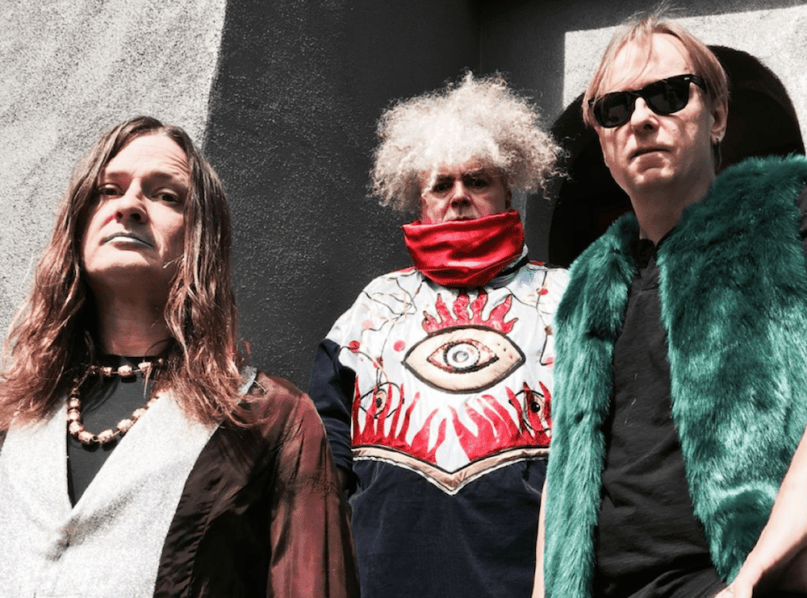 Today, Melvins celebrate the release of their first-ever double album, A Walk with Love and Death. Apple Music and Spotify users can stream it below.

A Walk with Love and Death follows Melvins’ pair of 2016 full-length albums, Basses Loaded and Three Men and a Baby, their long-in-the-works collaboration with godheadSilo’s Mike Kunka. Due out via Ipecac, the 23-track efforts finds Buzz Osborne, Buzz Crover, and Steve McDonald “showcasing two distinct sides to the band’s music: Death, a proper Melvins’ release and Love, the score to the Jesse Nieminen-directed, self-produced short also titled A Walk With Love and Death.”

“This was a huge undertaking,” explained Osborne in a press statement, “All three things: the album, the soundtrack and the film are benchmarks for us.” Crover chimed in, adding, “A Walk With Love and Death is one giant, dark, moody, psychotic head trip! Not for the faint of heart. You’ll sleep with the lights on after listening.”

Special guest collaborators on the record include Joey Santiago of Pixies, Teri Gender Bender of Le Butcherettes/Crystal Fairy and Anna Waronker from That Dog. In support, Melvins will be on the road all summer long.

A Walk with Love and Death Artwork:

A Walk With Love and Death Tracklist: