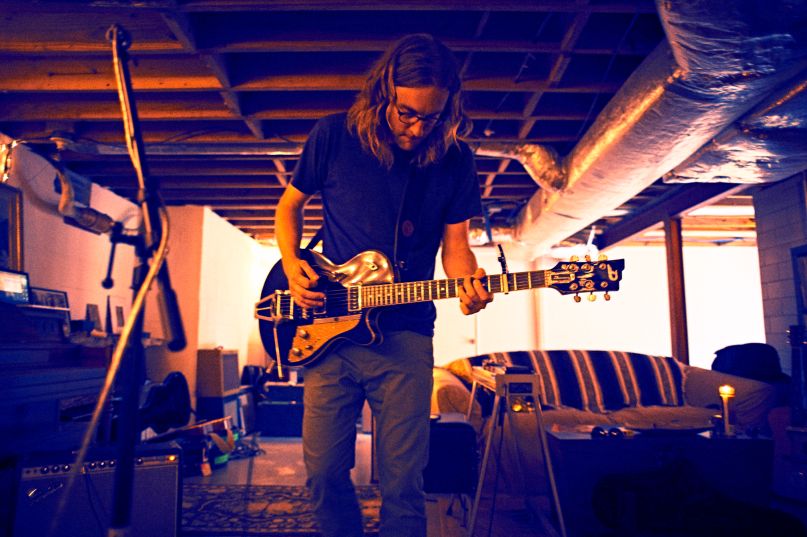 With summer in full swing, now is the time to plan to pack up the car, fill up the tank, and see some sights. In addition to expertly chosen snacks, no road trip is complete without the ideal playlist — a stack of tracks that captures the joy of leaving life’s worries behind and the magic of finding adventures in unknown places.

Enter: Amazon, which has put together a collection of over 30 road trip-ready cover songs. Aptly titled Open Road, it’s due out August 4th and features artists such as Hamilton Leithauser, White Reaper, and Hippo Campus. It also includes My Morning Jacket’s Carl Broemel, who today is sharing his contribution, a cover of the Beck track “The Golden Age”.

“When I first heard about this ‘Open Road’ playlist project I immediately thought of Beck’s ‘The Golden Age,'” Broemel tells Consequence of Sound. “The original song is such a masterpiece, the sounds and production are impeccable, it is restrained and yet so powerful. I thought it might be fun to approach the song in a more live feeling bombastic way…more like Neil Young Crazy Horse might have played it.”

Indeed, compared to Beck’s version, Broemel’s shines bigger and brighter. Similar to a sunrise that slowly envelopes the whole sky, the cover radiates a special pastoral sheen, its guitars gorgeous, sun-kissed, and stretching, like the wide open roads that seem to crisscross endlessly throughout America.

Broemel was joined by some special guests in the studio, many of whom helped give the rendition its extra richness. “Lately I have been doing some solo shows with a band of friends in Nashville, so I thought I’d get all of them involved with this,” he explains. “We went into creative workshop studio for a few hours and recorded the song. I had Caitlin Rose come in the next day to add her voice.”

The full list of personnel is as follows: “Russ Pollard from Everest on drums, Tom Blankenship from My Morning Jacket on bass, Adam Landry producer for Deer Tick on guitar, Robbie Crowell from Deer Tick on keys, and Caitlin Rose on vocals. Teddy Morgan engineered and Bill Reynolds mixing.”

Hear “The Golden Age” cover below.