An intriguing preview of the band's forthcoming Add Violence EP 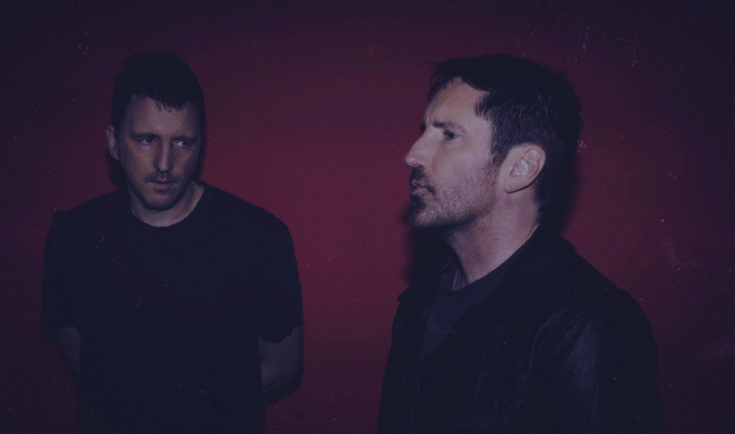 On Friday, Nine Inch Nails will release Add Violence, the second installment in their trilogy of EPs. The opening track, “Less Than”, served as our first preview of the EP, released last week alongside visuals from the 1980s urban legend-turned-video game, Polybius. Now, Trent Reznor has previewed a second track along with another compelling set of visuals.

Reznor has described Add Violence as equal parts “accessible and impenetrable,” and “This Isn’t the Place” falls more in the latter category. It’s an atmospheric track built on piano progressions and hollowed-out bass, more akin to work of Radiohead, Massive Attack, Portishead than the anthemic radio-friendly rock of “Less Than”. In the accompanying video, which you can see below, a camera slowly zooms out on a machine containing labels like “Anxiety”, “Deviation”, “Disorder”, and “Morale.” There are also references to past NIN projects like “Pinion”, “Mr. Self Destruct”, and the Tension Tour, as well as How to Destroy Angels’ Welcome Oblivion.

As several members of NIN’s reddit account point out, the video was done by the same team behind the band’s Year Zero ARG and the medication featured in the video, Cedocore, is a callback to the 2007 concept album/visual project. This has led some fans to theorize that Add Violence is in some way related to Year Zero — perhaps a sequel? — but that remains to be seen.

Add Violence is out digitally and on vinyl beginning out July 21st, with a CD release following on September 1st. The first EP in the trilogy, Not the Actual Events, was released last December. Reznor hopes to put out the third and final installment by year’s end.