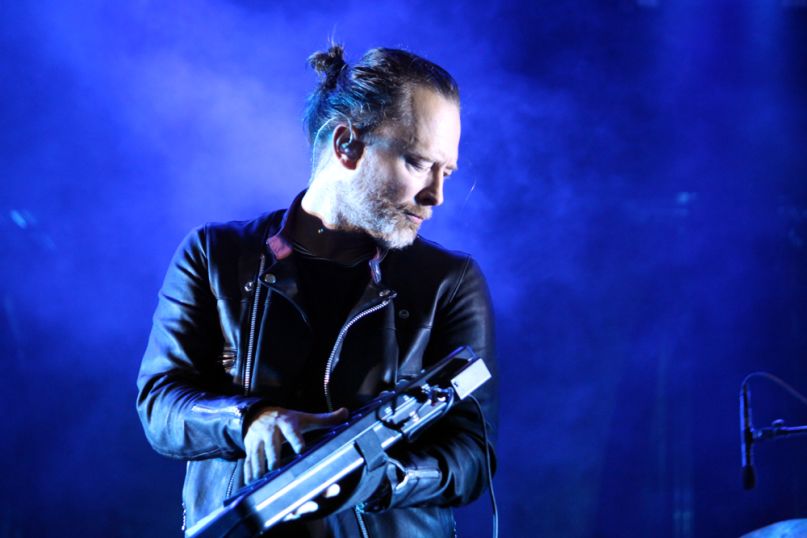 Amidst a whirlwind of controversy, Radiohead will take the stage at Hayarkon Park in Tel Aviv, Israel this evening. In defending the band’s decision to go through with the concert, despite calls for a boycott from Pink Floyd’s Roger Waters and others, Radiohead’s Thom Yorke explained, “Music, art and academia is about crossing borders not building them, about open minds not closed ones, about shared humanity, dialogue and freedom of expression.” In keeping with that ethos, the Israeli company behind the concert personally intervened in order to gain entry for a Palestinian fan hoping to attend the concert.

According to Time Out Tel Aviv, a fan living in the West Bank recently posted to Radiohead’s reddit asking for assistance in obtaining a permit in order to enter Israel. Due to the ongoing conflict, travel between the West Bank and Tel Aviv is restrictive. After several fellow fans reached out on his behalf, the production company, נרנג’ה – Naranjah, contacted military authorities to obtain the fan a permit.

נרנג’ה – Naranjah explained in a statement (translated from Hebrew), “After the announcement of Radiohead’s arrival in Israel in the summer, we received a request from a Palestinian who lives in Judea and Samaria, a great fan of Radiohead and an amateur writer in the university newspaper. From the moment the request was received, we knew that we would do everything to help him enjoy the show. It excites us that there are people who are willing to make such efforts to see the show.”