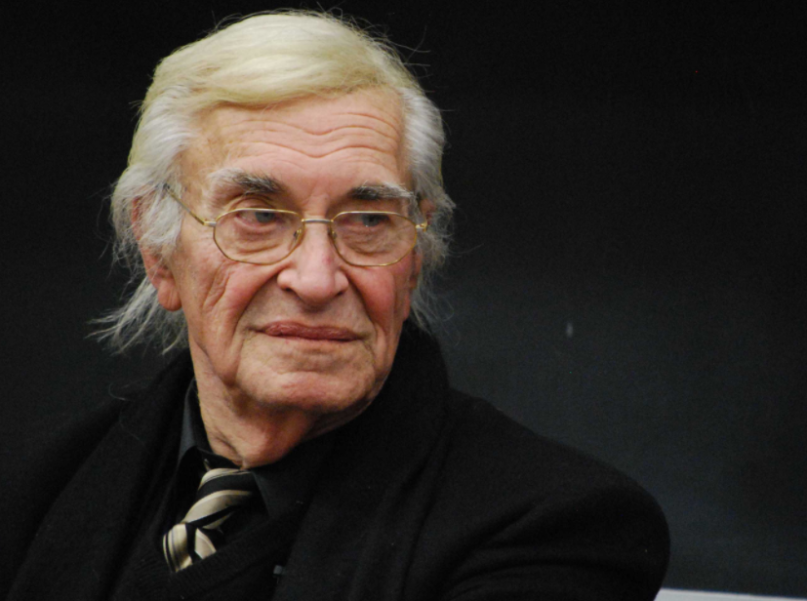 Martin Landau, the veteran actor who won an Oscar for his portrayal of Bela Lugosi in 1994’s Ed Wood, has died. His publicist, Dick Guttman, revealed in a statement that the 89-year-old passed away at the UCLA Medical Center following “unexpected complications during a short hospitalization.”

Born in Brooklyn in 1928, Landau started out as a newspaper cartoonist before joining Hollywood in the ’50s. In 1955, he auditioned for Lee Strasberg at the Actors Studio, one of only two applicants our of over 2,000 to win acceptance that year alongside Steve McQueen.

He appeared on TV programs like Maverick, The Man from U.N.C.L.E., The Wild Wild West, and The Twilight Zone as well as films such as Pork Chop Hill, North by Northwest, and Cleopatra before landing one of his defining roles. That would be the part of Rollin Hand in TV’s Mission: Impossible. The part was written specifically for Landau by series creator Bruce Geller, who also wrote the Cinnamon Carter role for Landau’s then-wife, Barbara Bain.

Landau received an Emmy nomination for each of his three seasons on M:I, taking home the Golden Globe for Best TV Star – Male in 1968. He later received another Emmy nomination for his role in HBO’s Entourage (as aging movie producer Bob Ryan) and two more for his part in Without a Trace (playing the father of Anthony LaPaglia’s character).

Infamously, Landau passed on the role of Spock in the original Star Trek. “I turned down Star Trek. It would’ve been torturous,” he said in the PBS documentary series Pioneers of Television back in 2011. “I would’ve probably died playing that role. I mean, even the thought of it now upsets me. It was the antithesis of why I became an actor. I mean, to play a character that Lenny (Nimoy) was better suited for, frankly, a guy who speaks in a monotone who never gets excited, never has any guilt, never has any fear or was affected on a visceral level. Who wants to do that?” Interestingly, Leonard Nimoy would got on to essentially replace Landau in M:I when the latter left in 1969.

Landau’s crowning acting achievement, however, came as horror legend Bela Lugosi in Tim Burton’s 1994 biopic Ed Wood. He won an Oscar for Best Actor in a Supporting Role for the part, which was his first of a number of collaboration with Burton. He also appeared in Sleepy Hollow, Frankenweenie, and the Burton-produced 9. “Tim and I don’t finish a sentence,” Landau said in a 2012 Los Angeles Times interview. “There’s something oddly kinesthetic about it. We kind of understand each other.”

His other acting credits include Ready to Rumble, Edtv, The X-Files: Fight the Future, Rounders, The Majestic, Mysteria, City Hall, and the made-for-TV Anna Nicole biopic. His last completed film was The Last Poker Game, which premiered at the Tribeca Film Festival earlier this year. A documentary entitled An Actor’s Actor: The Life of Martin Landau is currently in the works.

Landau is survived by his daughters Susie and Juliet from his ex-wife Bain, whom he divorced in 1993, as well as his sister Elinor, granddaughter Aria, and godson Dylan. According to Guttman, a private funeral will be followed by a memorial service in August or September.