Ranking: Every Alternative Rock No. 1 Hit from Worst to Best

"You had better do what you are told. You'd better listen to the radio."

by Philip Cosores and CoS Staff 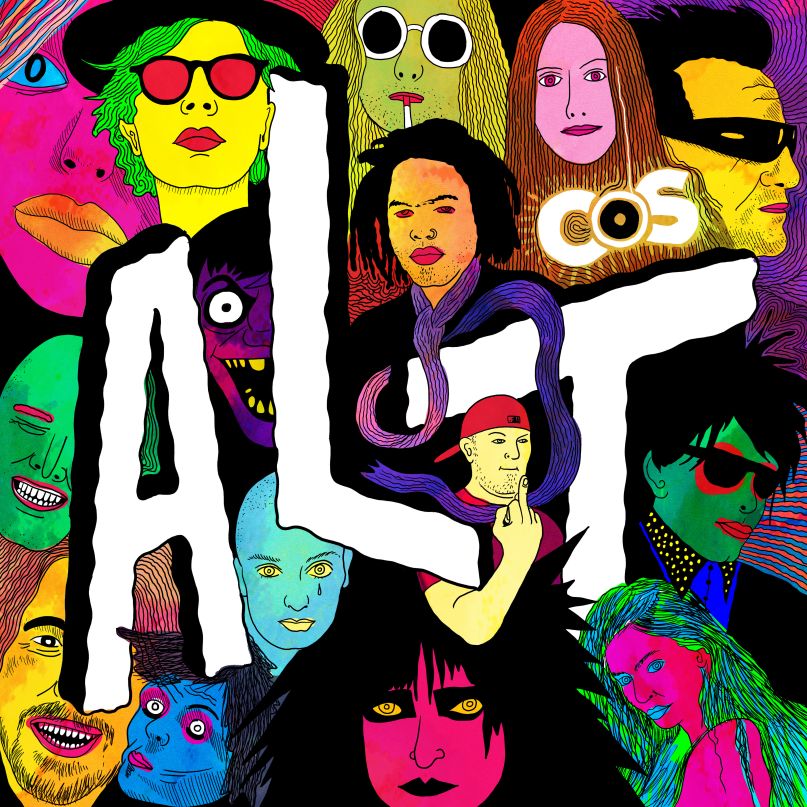 As formats have changed from records to tapes to CDs to MP3s to streaming, few things in the music world have remained constant. It’s somewhat surprising how relevant the radio remains, especially considering the wealth of other ways we have to consume music. But a hit can still make a career, and radio stations still get better access to artists than almost any other media outlets. Even some of the biggest technological shifts, like Apple Music, are still channeling the spirit and (in the case of Zane Lowe) figures rooted in radio.

And likewise, for many of Consequence of Sound’s writers and readers, our earliest experiences with music came from the radio. Be it pop, hip-hop, or rock, memories can be traced back to car rides with our families, fighting with siblings over control of the dial, and eventually getting our own rides with the pre-sets all our own. For some of us older alternative rock fans, we might be able to look back at the early days of alt as a format. Sure, there was punk and new wave and college radio before 1988, but that was the year that Billboard first started tracking alternative rock, initially known as modern rock.

And since 1988, alternative rock has been the home format of some of the biggest artists of our time and certainly some of the biggest artists within Consequence of Sound’s scope. Among the artists with chart-topping records are Red Hot Chili Peppers for most number one hits (12) and Muse for the longest reign at number one (19 weeks for “Madness”), and consistently high performances have come from acts as wide-ranging as U2, Foo Fighters, Linkin Park, and Cage the Elephant. All in all, 354 songs have topped the chart over 29 years, with the latest being Portugal. The Man’s “Feel It Still”.

And in that time, there have also been many, many questionable turns. In the early days of the chart, the Modern Rock songs were largely separate from what would chart on the Hot 100, allowing for some pretty, uh, interesting material to triumph (check out some Midnight Oil or Jesus Jones for a lesson on what once was and shall never be again). But the commercial viability of grunge rock allowed for a lot more crossover between alternative and mainstream, and this has seen an ebb and flow since the early ’90s. Sure, rock might not be hip with critics right now, but acts from Twenty One Pilots to Mumford & Sons have proven that alternative is still a healthy corner of the marketplace.

Revisiting the history of alternative rock has proven both educational and nightmarish for us. Ranking these 336 songs has meant having to figure out exactly where each of the 11 Linkin Park number one cuts belong in the history of alt, and for every forgotten gem from the likes of Cracker, The Sundays, and Concrete Blonde, there are also the tortuous sounds of Creed, Nickelback, and Jet. We’ve discovered that maybe acts like Of Monsters & Men and Incubus are better than usually given credit for, and likewise, just because Elvis Costello penned a song doesn’t mean it’s necessarily good. And we’ve also seen that despite alternative’s ability to shift sounds over the decades, it has still been particularly unkind to anyone trying to contribute who isn’t a white male.

And so, here they are, every single godforsaken or great number one hit in alternative rock history. Fair warning, we’ve offered the “View All” option, but because there are over 300 YouTube links, it may crash your browser. We suggest going page by page to avoid that problem — trust us, it’s not just for the clicks.