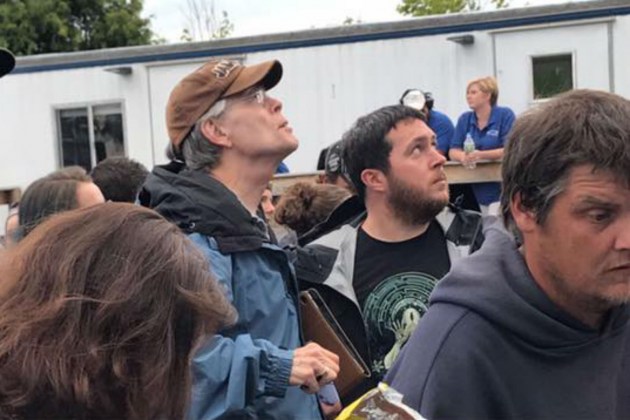 Look, Stephen King may be the master of horror, but that doesn’t mean he’s listening to Current 93 all day. Anybody who’s read the man’s books knows he’s a longtime rock fan—Bruce Springsteen, The Rolling Stones, and Jerry Lee Lewis routinely pop up in his work. Now, fans might want to keep an eye out for a Rancid reference in his upcoming Sleeping Beauties, as the author was seen at a punk show at The Darling’s Waterfront Pavillion in Bangor, Maine yesterday.

King is a documented fan of the punk rockers. Back in 2014, he praised the band’s …Honor is All We Know.

The new Rancid album, HONOR IS ALL WE KNOW, is a post-punk classic. Streaming free, too. Very cool.

Based on his response to last night’s show, he must also dig year’s Trouble Maker.

If you’re as into Stephen King as Stephen King is into Rancid, check out Consequence of Sound’s podcast on the novelist, The Losers’ Club. Just today we just dropped a new episode on the 1980 novel Firestarter.