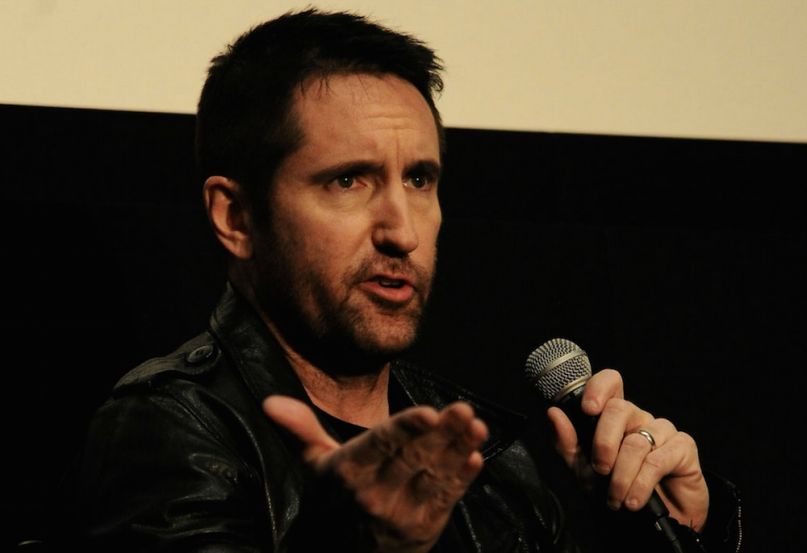 Nine Inch Nails frontman Trent Reznor recently sat down with veteran music journalist David Marchese for an extensive interview published on Vulture. Reznor spoke candidly on a number of topics, including a perceived demystification of music; the lack of shock value among today’s musicians; and the evolution of fandom from the time of Nine Inch Nails’ beginnings in the early 90s to today’s era where an album is “reviewed, judged, and forgotten in a weekend. If you’re lucky.”

Reznor also discussed President Trump: “I’m sure I’m doing what many people are trying to do in response to the election: understand, quantify, justify, rationalize, find comfort, feel animosity, should I say something? Should I do something? Should I give up?”

He continued: “Well, the weird thing now is looking at politics as a father. My kids walk in the room and I’ve got CNN or MSNBC on and I have to hit the mute button because I don’t want to get into a discussion about how embarrassing the president is. He’s a fucking vulgarian. Aside from whatever ideological beliefs he has — if he has any — he’s a grotesque person who represents everything I hate. I’m repulsed by everything about him and he’s the president, you know? I haven’t figured out how to rationalize that to my kids’ beautiful little optimistic minds. I grew up in a shitty little town full of Trump voters, so I think I can I understand the point of view of someone who supports his message. What I don’t understand is supporting that messenger.

You can find several other notable passages below, and read the full interview on Vulture.

“I’ve thought about this a lot and I don’t have a good answer. I’ll try and piece together a theory with you right now: Something that’s struck me as a significant shift, and I don’t know when it started, is when the corporate entity became a benefactor as opposed to a thing musicians shunned. When I hear Grizzly Bear in a Volkswagen commercial, it kind of bums me out. I like Grizzly Bear a lot; I don’t want to think of a fucking car when I hear their song. But somewhere along the line it became okay to get in bed with a sponsor. More specifically it became okay for rock bands to talk about. When I started to hear musicians talking about their sponsorship deals as something to be almost proud of, it bothered me. I remember having a conversation with a well-known EDM artist. Half of the brief conversation was him humblebragging about how many corporate sponsors he’s got: I can’t do this thing because I don’t want to piss that sponsor off and I can’t do that thing because I need to make sure this other sponsorship deal stays in place. That’s not what the spirit of being a musician or a rock star is. Why are these people even making music? I’m doing it because I have to get something out and I feel vital when it resonates with someone else. When I can get paid, too, that’s a nice consequence.”

The demystification of music…

“Growing up, I didn’t know what Pink Floyd looked like and I didn’t need to know. In my mind, they looked like fucking wizards, man. I remember seeing a picture of Supertramp — and I was like, What the fuck?

Forget just photos: I didn’t know anything about them. Something in me needed the people making the music I loved to seem larger in life. I needed heroes. David Bowie was a fucking alien, you know? As it happens, he was a fucking alien. I was lucky enough to be friends with him and he was even cooler than I’d thought. But demystification is a real problem. There’ve been people whose music I can’t like anymore because I’ve seen them bitching on Twitter about a waiter like a fucking asshole…

I’ll give you a good counterexample: I appreciate what Radiohead has been doing the last few years. You’re not saturated with stories about them. They’re not in the press constantly talking about stuff. They create an aura that makes you more interested in what they’re doing. That’s a good position to be in versus what I’m doing right now, which I’m sure is ruining people’s impression of me.”

The challenge in making such intricate music in 2017…

“Over the last ten years, there’ve been times where I’ve looked in the mirror and thought, Is there an audience out there for what I do? I labor over music that I meticulously create and then release it into a world where music has become disposable. People listen to music while they’re doing something else, you know? The act of even having to go to the store and make the commitment to purchase something is gone and it’s not coming back. It can make me feel a bit like, Is anybody noticing?

Again, I’m not saying mine was a better era, but a lot of the music I ended up really loving was because I spent nine bucks on an album and that meant I had to listen to it and figure it out. Or maybe I forgot to sign the slip for the Columbia Record Club and they sent me a Billy Joel album I never asked for. Then you get it and you’re like, Oh fuck. But you know what? I listened to that album a thousand times simply because that was the record I’d paid for, and I ended up loving Billy Joel’s 52nd Street.”