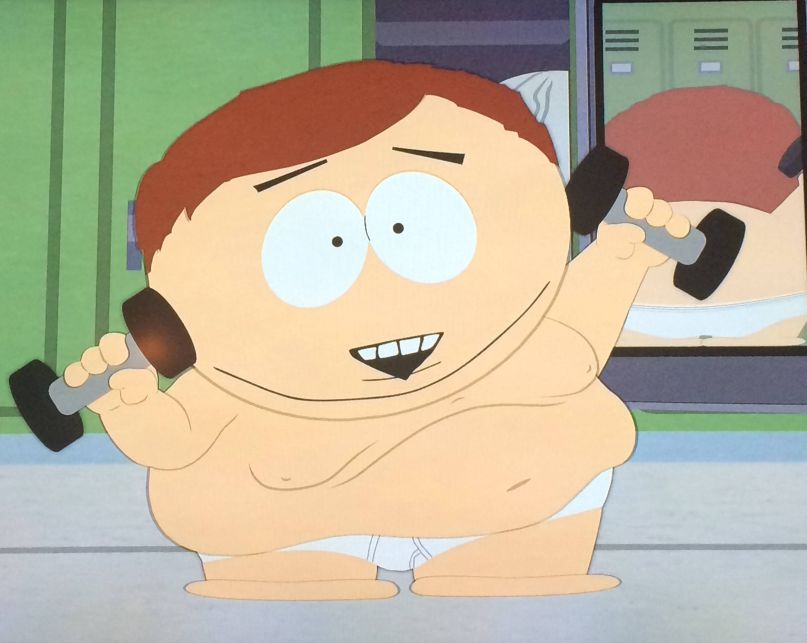 Music, Movies & Moods is a regular free-form column in which Matt Melis explores the cracks between where art and daily life meet. This time, he analyzes the striking and terrifying similarities between Eric Cartman and Donald Trump.

For 20 years now, South Park’s Eric Cartman has been lowering the bar for humanity on a regular basis. The shameless, foul-mouthed fourth grader packs all of our very worst impulses — solipsism, avarice, deceit, bigotry, um, genocide — in a gluttonous frame not even tall enough to reach the freezer of his refrigerator. And yet, we kinda like Cartman. Is it because a decent human being occasionally peeks through the cracks of his rotten surface? No, not really. Time and time again, creators Trey Parker and Matt Stone’s lil’ hell spawn has demonstrated that there is no genuine goodness ready to burst through that puffy, red jacket. In the simplest terms, we can permit ourselves to like Cartman because he’s a cartoon character that — like the monster or villain in a movie — can’t actually harm anyone. Even if he, say, feeds a local bully his parents in some chili as an act of revenge, nobody is really the worse for that unthinkable, psychotic act. But more importantly, we allow ourselves to indulge him because we know he’s ultimately a satirical vessel whose evil schemes almost always leave him devastated and worse off than he began. As long as the South Park universe continues to punish Cartman’s trespasses, we’re actually seeing the wickedness and most detestable aspects of our own world held in check.

But what if an Eric Cartman could exist in our world, and what if all of his terrible traits and dastardly deeds were overlooked and rewarded rather than ridiculed and punished? And what if he rose to a position of real authoritah? In other words, what if a truly wicked character stepped out of a popular television program, like South Park or, grasping here, The Apprentice, and all of a sudden wasn’t so innocuous?

We all know Donald Trump watches more television than any adult, let alone president, should have time or desire to. From Fox & Friends to Morning Joe and Anderson Cooper 360, he’s obsessed with what pundits on both sides of the aisle are saying about him. But what else does he watch besides sound-bite news? Could South Park be in that sprawling television queue? The late author Christopher Hitchens once commented that if you didn’t know any better, you might think that North Korea was an attempt to build a society in the likeness of that found in George Orwell’s 1984. Well, having spent the past couple weeks bouncing between each hour’s Trump disaster and old South Park episodes, I’m starting to suspect that the despicable, orange fuck in the Oval Office actually has been taking cues from Cartman for years. So, read on and see just a few of the many moves that Donald Trump clearly stole from Eric Cartman. And this list is far from exhaustive.

Oh, and a special thanks to Heather Heyer’s parents, who have managed to do this week what our president couldn’t and wouldn’t: heal and inspire. In remembrance of Ms. Heyer, whose memory Trump denigrated this week by walking back his condemnation of white supremacists and even shifting blame to those standing up against hatred and not running people down in the street with vehicles, here’s a message to you, Mr. President, courtesy of your fat, foul-mouthed mentor and myself: Suck our balls.