A new version of The Island of Dr. Moreau might be on the way — from the director who was fired from the 1996 version

Richard Stanley was famously axed from the 1996 film, which is considered to have one of the most troubled productions of all time 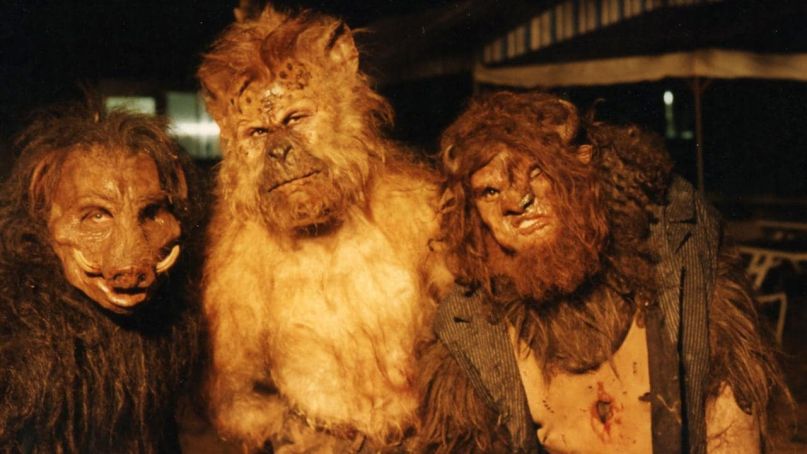 A few years ago, a delightful documentary called Lost Soul: The Doomed Journey of Richard Stanley’s Island of Dr. Moreau surfaced. It told the story its title promised, which is that of filmmaker Richard Stanley’s ill-fated attempt to helm a film adaptation of The Island of Dr. Moreau in 1996. Just because it was ill-fated, however, doesn’t mean the film doesn’t exist, because it very much does. John Frankenheimer was brought in to finish the production after Stanley was fired, and the resulting production remained a nightmare for everyone involved. Watch the movie for those details (it’s on Netflix).

Anyways, it looks like Stanley is going to get another shot at filming the story, and he credits Lost Soul director David Gregory with making it happen. In an informative interview with Birth Movies Death, he says:

“At this stage, I can’t say exactly by who, and how long it will take, but the project does live again, largely thanks to David,” he says. “We’re currently scripting and designing the thing. It’s going to be an all-new screenplay and an all-new cast of beast-people.”

Stanley has big plans for those beast people, too. “The final designs of the creatures in the Frankenheimer version were disappointing, and I think there’s huge room for improvement.”

He continues, “That’s something I’ve been talking about with the project’s backers at some length. because that was also their concern, to reinvent the mousetrap in terms of the beast-people. This time around, they seem to understand the film a bit better, and realize that the creatures are the stars of the movie, not the humans. That was the essential mistake made in the New Line version. They didn’t realize just how much mileage they could get out of those characters if they actually foregrounded them.”

Equally ambitious is his idea for the story’s format, which he envisions as either three separate films or six hours of television. A big concern, he says, is to tell an R-rated version of the story. He’s also aware that his profile has dropped considerably since he scored that initial gig. He hasn’t helmed a feature since it all went down. “Considering that the last one is legendary as one of the worst location shoots of all time, up there with Werner Herzog’s Fitzcarraldo, it’s difficult to imagine what else could happen. But I’m ready for it, and I’m praying that this time around, it will come out right, and a definitive Moreau can finally reach the screen.”

The story of a director, 20 years later, getting a second chance at his passion project is fascinating in itself, so here’s hoping everything works out.