The Harlem collective sound like a family on their sophomore album 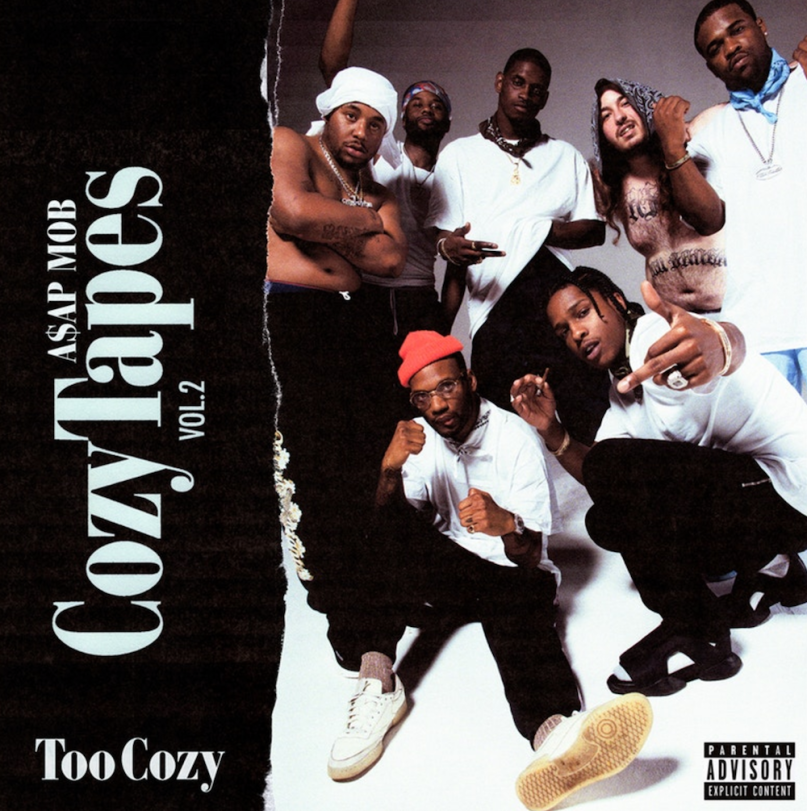 In 2011, A$AP Mob provided a jolt to a New York hip-hop scene that had been without a new star since 50 Cent’s debut eight years prior. With A$AP Rocky as the face of this new movement and the late A$AP Yams as the brains, the Harlem crew plotted a plan for world domination. The first step came when Rocky signed a lucrative deal with Polo Grounds/RCA that included a solo contract and a contract for the label A$AP Worldwide.

Yams’ early guidance helped Rocky and then A$AP Ferg become stars in the ensuing years and, beyond that, the Mob was affecting culture. Soon, their influence became just as evident on fashion runways as it did in music studios. The regionally agnostic, woozy production pioneered by Clams Casino and Ty Beats on Rocky’s debut Live.Love.A$AP would become ubiquitous. A$AP Mob’s unique blend of cutting edge, high fashion, and level-headed styling spawned a legion of copycats on the streets of America and admirers in European couture houses. They were distinctly New York, but true to Yams’ vision, A$AP was becoming worldwide.

That’s what made the tragic death of their then 26-year-old leader just four years after entering the public’s consciousness all the more devastating. Yams’ good taste was the engine that moved his talented cohorts into the spotlight. Without him, the now-rudderless Mob was in danger of losing direction. If the first A$AP Mob mixtape, Lords Never Worry, was an uneven, star-making vehicle for Ferg, and Cozy Tapes Vol. 1 was the crew’s tribute to their fallen general, what can we expect from Vol. 2, the first group project created without Yams’ influence front and center?

The answer is strength in numbers. Cozy Tapes Vol. 2: Too Cozy brings to mind a small gathering that turns into a Project X style rager. They upped the ante from Vol. 1, inviting almost every single affiliate and a few surprise guests to the party with even more songs on the tracklist. When it works, it works well, like the intense seven-man romp of “Bahamas”– featuring a scene-stealing verse from Schoolboy Q. When it doesn’t, Cozy becomes cramped with little room for guests to shine.

The sparsely-produced “Get The Bag”, for example, would benefit from fewer guests, as the production becomes more droning and repetitive the longer it goes on. That said, even with the supersized tracklist and roster of features, the longest song clocks in at four minutes and 17 seconds, so even the weaker outings aren’t too detrimental. There are also more solitary moments of respite, such as A$AP Twelvvy’s solo outing “Coziest”, which comes in at the right time towards the end of the album.

Cozy Tapes Vol. 2 has a loose family vibe. One gets the sense that almost anyone who dropped by the studio as they were recording had the chance to make the album. As such, the album’s not a show of force, it’s a party. First track, “Perry Aye”, has Jaden Smith on the hook talking about eating calamari in Paris. “RAF” features Grammy-winning, critical darling Frank Ocean sounding even more materialistic and ostentatious than Quavo of Migos. Playboi Carti makes seven (!) appearances.

From beginning to end, the album’s theme is A$AP Mob and their friends as the cool kids in the fictional Yamborghini High. Never once do they take themselves too seriously. No, this is a group with the confidence that comes from being a trendsetter in multiple fields, and with a new album reportedly on the way from their breakout star, it seems that life is more than cozy at this point in their collective career.