Long Island rockers reinvent themselves while also maintaining their essence 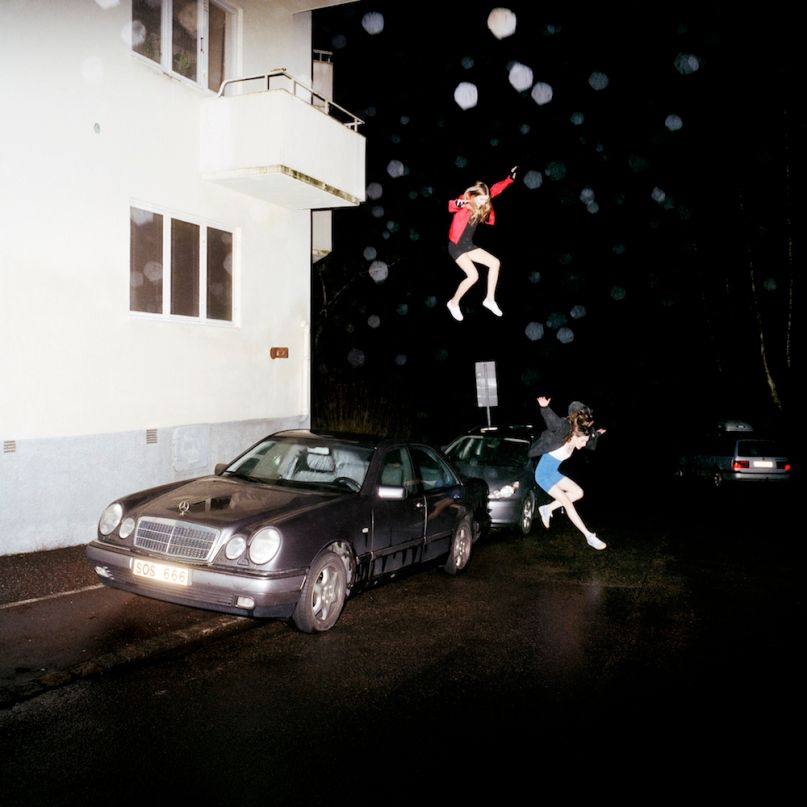 Never the kind of band to do things by the book, Brand New’s career the last two decades has felt like a series of mazes. The Long Island-bred rockers, a product of the early aughts pop-punk/emo scene, became known for receding into the shadows and shying away from the public eye. They adopted a mysterious elusiveness, not unlike that of Tool, Radiohead, or Aphex Twin, and everything from one-dollar lyric booklets and leaked demos to surprise intimate concerts and collaborations with friends have since been overanalyzed into oblivion by die-hard listeners. Whether or not this has all been intentional, the fan base has only grown more rabid, each wait between albums more draining and torturous than the last. (I’m now 30 and have definitely lost a few years of my youth to the stress of refreshing Ducat King for Brand New pre-sale tickets.) So rich is the tapestry of mythology surrounding the group.

The latest, and quite possibly final, chapter of the Brand New saga was revealed late last week when the band, out of the blue, put up a pre-order page for their fifth album. Hours later, physical CDs of the album (formatted as one long 61-minute track) were mailed out to select fans, who then went on to diligently figure out the LP’s name and a few song titles, and of course, toss off countless theories about what it all meant. Again, mere hours after this, Science Fiction was formally announced and up for official purchase — then, available to stream on digital platforms. Their first full-length since 2009’s Daisy, dropped from the sky unexpectedly? In just a matter of days, Brand New had expanded their mythology almost tenfold. Assuming what frontman Jesse Lacey & co. have been suggesting comes to fruition, that they will in fact break up in 2018, Science Fiction is the perfect way to cap off their story, the ideal send-off in more ways than one. Here, Brand New manage to reinvent themselves while also recapturing the essence of what’s made them so special and enduring.

Over the course of their five albums, Brand New have dived headfirst into pop-punk (2001’s Your Favorite Weapon), indie/emo (2003’s Deja Entendu), alt-rock (2006’s The Devil and God Are Raging Inside Me), and divisive noise rock (Daisy). Science Fiction gathers together elements of its predecessors like a scrapbook, but without ever sounding forced or regurgitated. Having religiously listened to them since the beginning, I appreciate the callbacks to past works, but feel as though they’ve been reshaped into something that, for lack of a better phrase, sounds like brand-new territory. “Can’t Get It Out”, likely the most single-friendly of the bunch, is part Weezer, part “Flying at Tree Level (Version 1.0)”, and a nice gem for those hankering for the YFW/Deja days. “Waste”, moments of “No Control”, as well as a handful of other tracks, retain the bite and roar of Daisy, which in turn, nods to the likes of Nirvana and The Jesus Lizard. (There’s even a spoken word bit on “In the Water”, which also appeared on Daisy.) Taking a page from fellow tour mates and longtime influence Modest Mouse — I’ll never grow tired of Lacey’s “Trailer Trash” cover P.S. — Brand New go full Isaac Brock toward the end of “Same Logic/Teeth”; meanwhile, the raging drive of the second half of “451” could’ve easily found a place between Devil and God’s “Luca” and “Untitled”. Throughout, both Lacey and Vinnie Accardi do an incredible job showcasing their technical skill on electric guitar; Accardi, I’m assuming, handles the wicked solos on tracks like “137”, and if you’ve ever seen the group live, you’d know the beast that he is on stage.

What holds all these references together and gives them fresh context is Brand New’s heavy reliance on acoustic guitar. Most, if not all, tracks use it as their backbone but in a way not heard on previous records — this is no attempt at evoking “Soco Amaretto Lime” or “Play Crack the Sky”. The arrangements are bolder, spinier, and played with such an intensity that I can almost imagine the taut strings cutting into Lacey and Accardi’s fingers. Alongside the acoustic guitar, the group tries its hand at more folky, country, and Southern rock styles, and for me, someone who hadn’t really anticipated this particular musical direction, I find it fits and works rather brilliantly. Brand New have always favored alternating between soft and piercing moments, and now their wah-wah pedals and fury-fueled rock have found their cool, earthier counterparts. (I read somewhere that Lacey, born and raised in New York, and his family may be Nashville-bound, so perhaps this isn’t all entirely random.) Science Fiction producer Mike Sapone, who’s worked on every single one of Brand New’s albums, in addition to those by Taking Back Sunday and Kevin Devine, is owed a great amount of credit here for striking a balance between the band of yesteryear and the future (?).

When putting pen to paper, Lacey leaves his fingerprints all over the new album, as he did on nearly all the band’s other albums (he shared a lot of the Daisy lyrical duties with Accardi). Brand New wrestle with themes of morality, truth and authenticity, religion as an institution, and mental health issues as manifested by demons. On opener “Lit Me Up”, Lacey talks about growing up to become a heretic, burning “like a witch in a Puritan town” (Radiohead anyone?); later, he says he “wants to climb over the wall ’cause I’m not on the list,” the same list he found himself excluded from on Devil and God’s “Jesus”. Other tracks include lines that explicitly mention some kind of psychological damage, such as “I’m a psycho/ Can you know this?” from “Out of Mana” and what’s sure to be a fan favorite, “Not just a manic depressive/ Toting around my own crown” from “Can’t Get It Out”. On “Desert”, which seems to be sung from the perspective of a man who is homophobic and xenophobic, Lacey critiques hypocritical ultra conservatives who practice hate while preaching that “God Is love”. And on the outro for “Could Never Be Heaven”, a spoken word piece says, “I don’t know how to break through this contradictory mess and really find your authentic individuality.”

Though these are recurring themes from throughout Brand New’s catalog, on Science Fiction Lacey sounds more resigned to his fate than ever before. Perhaps nothing confirms this better than the closing song. “Batter Up” may be expansive in length (a mighty eight-and-a-half minutes), but the feeling of emptiness is overwhelming — and not just for the fans. “It’s never going to stop, batter up,” Lacey sings rather tragically, before lamenting about how you “don’t get what you want.” As the instrumental outro begins to roll through, it’s impossible not to envision the band walking off the stage for the last time with this playing in the background, the curtains on the verge of closing, the venue nearing a blackout. It’s a bit sad to think of Lacey’s last Brand New words being those of resignation and that this album could very well be their goodbye (though, hey, isn’t that quite poetic?). But fans should take comfort in the fact that, despite often feeling out of control internally, Brand New were able to go out on their own terms and in such a way that proudly and effectively honors not only the humans and musicians they’ve become, but their career as a whole.

Previous Story
The Devil and God Are Raging Inside Me: The Brand New Album That Changed Emo Forever
Next Story
Ranking: Every Queens of the Stone Age Album from Worst to Best
Popular
More Stories
[fu-upload-form form_layout="media" title="Submit Your Photo"][input type="hidden" name="ugc" value="1"][/fu-upload-form]