Ian Felice – In the Kingdom of Dreams 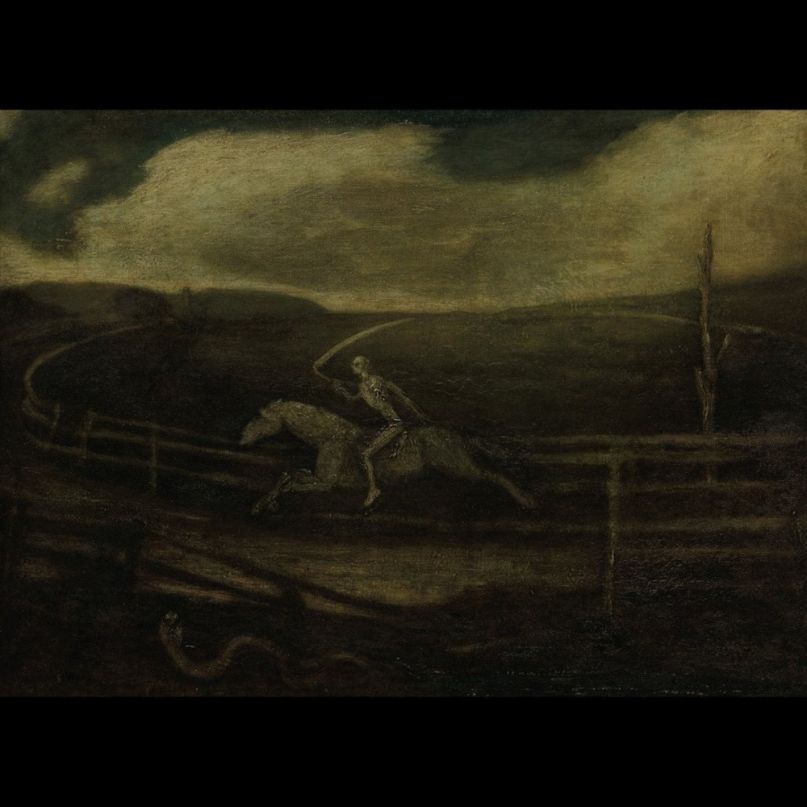 A sizeable chunk of our childhood memories aren’t memories at all. During the toddler years, our brains are busy taking in sights and sounds never witnessed before, places and noises that will become regular in the years that follow but, in that instant, seem remarkably unfathomable. Memories, particularly those that are rich with detail like the ones relatives tell us repeatedly at family gatherings, are few and far between. If nothing else, the majority of our childhood memories are learned. We rewrite our earliest narrative moments based on stories people told us about them, and over time, we picture those stories through our own eyes. If you don’t remember, you will, because our imaginations can recreate memories we were supposed to recall but were too young to store away in the backs of our brains. For his debut solo LP, In the Kingdom of Dreams, Ian Felice tried to grapple with the reality of such.

Out of all the members of The Felice Brothers, Ian should arguably remember the most. He’s the middle child of the three musicians (Simone is five years older and James three years younger), which means he’s old enough to be taught various things by an older brother but takes on the responsibility of helping a younger sibling learn about the world, too. When he began writing the songs that would become In the Kingdom of Dreams, Ian found himself zoning in on the past, pulling apart his own memories to see which details were true, which were descriptions told by others, and if their logical sequence in his brain followed a proper timeline. Come the end of 2016, when this political hurricane was merely taunting the eye of its storm and Felice himself had just gotten off tour, he willfully threw himself into his stories. If there’s a time to figure out who you are and what your past is comprised of, it’s at a time like that. But Felice didn’t just clarify notes on his life. He dreamed about the future. On In the Kingdom of Dreams, he’s grounding his past while exploring how it got him to the present.

It should come as no surprise that Felice’s ability to share personal anecdotes on the album work best when he keeps it simple. Just look at storytellers of the past who’ve taken this on. His work here most easily calls to mind Bob Dylan: the revolving acoustic guitar, the knit-picky lyrics, the roaming voice that stays within a set vocal range. On “Ten to One”, he prowls through personal drama with vocals that shake like Conor Oberst’s. As a married man with a family to his name, Felice muses on new memories in “Water Street” over hushed guitar, comparing himself to how he remembers his own father: “I have a wife and a newborn baby/ In a new house at the end of Water Street/ My father walked out and just kept walking/ In the light of an ‘80s moon/ Sometimes I walk the tracks, but I always come right back/ And feed the cats in the boiler room.” But nothing compares to the title track, which boldly serves as the album’s opener. It’s a roaming, four-minute, wind-swept beauty that subtly builds to a powerful chorus about freeing yourself from daily pains, with the single ending sentence — “Hell wouldn’t mean a thing/ If I were king” — hanging in the air.

In the Kingdom of Dreams would sound like an acoustic version of a Felice Brothers album if it weren’t for Ian’s lyrics. While the full band touts a certain giddiness, the type of Americana that bursts in “Frankie’s Gun!” and last year’s Life in the Dark, Ian Felice zones in on moments that deeply impacted him and now steer his reactions as an adult. Look at “In Memoriam”. When Felice sings about the death of his stepfather as an eight-year-old, a clarity comes to the forefront, namely that exposure to heavy topics early on in life provides an early familiarity with the type of seriousness needed to address later struggles in life. His lyrics on In the Kingdom of Dreams function as deeper poems separate from the music. It’s also why Felice released Hotel Swampland, a companion book of poems written at the same time as the album. Felice recording it over the course of four quick days exemplifies that extension of the now, essentially using his in-the-moment thoughts and desires to structure an album that could have been tweaked by the ways in which he remembered these moments from his life. Felice throws himself into emotion on the album, and by doing so, the anecdotes he shares feel as far from influence as any relative’s retelling could dictate.

For Felice, In the Kingdom of Dreams is a personal exploration. A handful of songs are relatable depending on your own personal experiences. Others, like “Will I Ever Reach Laredo” and “21st Century”, get bogged down in layered instrumentation, causing the songs to feel belabored with unnecessary details. However, Felice’s voice strings you along throughout, leading the listener through a trail of memories that impacted him deeply with joy and sorrow, and when you listen closely, move you in tandem through those. It serves as a deeper look into the narrative of The Felice Brothers, showing listeners what Ian Felice as an individual brings to their songwriting board and what he as a human went through to make the Americana authenticity of the band gleam with memories that are realer than he was ever told.

Essential Tracks: “In the Kingdom of Dreams”, “Ten to One”, and “Road to America”