Collection of "complex songs" follows the Grammy-winning Album of the Year, Morning Phase 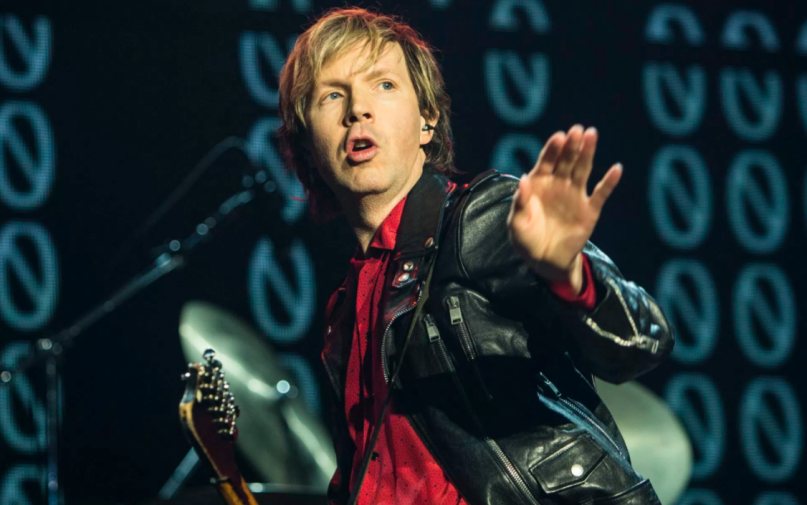 Beck has spent the last year teasing his follow-up to Morning Phase, his 2014 album that took home the Album of the Year trophy at the Grammys. He’s dropped a trio of singles — “Wow”, “Dreams”, and “Up All Night” — and is in the midst of a run of tour dates, including a few September shows opening for U2. In a new interview with Rolling Stone, the genre-bending experimentalist has revealed he’s finally ready to share his 13th studio record.

Entitled Colors, the new effort is set for an October release. Beck and his producer, Greg Kurstin (Adele, Sia), played all the instruments on the album themselves, fitting in sessions while Kurstin also worked on Foo Fighters and Halsey’s new LPs. Colors actually marks a reunion for Kurstin and Beck, as the former was a keyboardist in the latter’s band on 2002’s Sea Change tour.

The long-gestating record was in the works for almost two years by the time Beck accepted his Morning Phase Grammys. “I suppose the record could have come out a year or two ago,” Beck told RS. “But these are complex songs all trying to do two or three things at once. It’s not retro and not modern. To get everything to sit together so it doesn’t sound like a huge mess was quite an undertaking.”

As for the songs themselves, they’re said to be cheerier and more experimental than Beck’s last LP, something attributed to his happiness with his wife, Marissa Ribisi. Those good feelings permeate the music, an experimental collage of bright pop sounds. “The best songs make you glad to be alive,” said Beck. “It doesn’t matter if it’s Beethoven or the Monkees. That’s what I was thinking about a lot.”

While we wait for an official release date and album info, revisit “Wow” below. Update – August 24th: Check out the album’s tracklist and artwork, along with another track in “Dear Life”, here.