"I personally would not want to do the show without Dennis," Day says in an interview 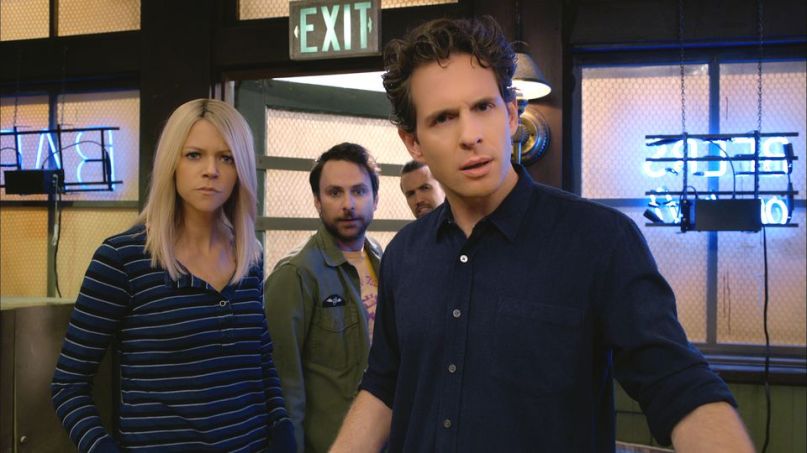 After 12 seasons of keeping its core quintet in a perpetual drain swirl, It’s Always Sunny in Philadelphia seemingly lost one member of its gang at the end of last season. In the season 12 finale, pretty-boy psycho Dennis Reynolds ran off to North Dakota to be a dad. While many thought it to be a story that would somehow bring Dennis back to Paddy’s, actor Glenn Howerton told Uproxx in an interview that it’s “complicated” and that there’s a possibility he wouldn’t be returning to the show. And now that his new sitcom, AP Bio, just got picked up by NBC, that possibility just got bigger.

The question of whether or not Sunny should continue without Dennis is a tricky one, as the show has always thrived on the core dynamic of its central ensemble. To lose one could very well cause the entire thing to topple. Charlie Day seems to agree, as he recently told HuffPost, “I personally would not want to do the show without Dennis.”

Fortunately, Day doesn’t think he and the rest of the cast will be faced with such a scenario. “I imagine we’ve not seen the last of Dennis Reynolds,” he noted. “There is a possibility that maybe we would have Dennis in part of a season, not a complete season. I think we would still do a great season. There is a possibility that we have Dennis for an entire season, which would be fantastic.”

Day also said Howerton himself is open to doing more episodes, adding: “And talking with Glenn, I know he still has a lot of love for the show and wants to do the show.”

The good news is that new episodes of the show won’t be airing until 2018, which leaves plenty of wiggle room in Howerton’s schedule to at least surface in a few of the next season’s episodes.