Chuck E. Cheese is getting rid of its animatronic band

In an effort to "modernize," the pizza chain is doing away with a staple of '90s nostalgia 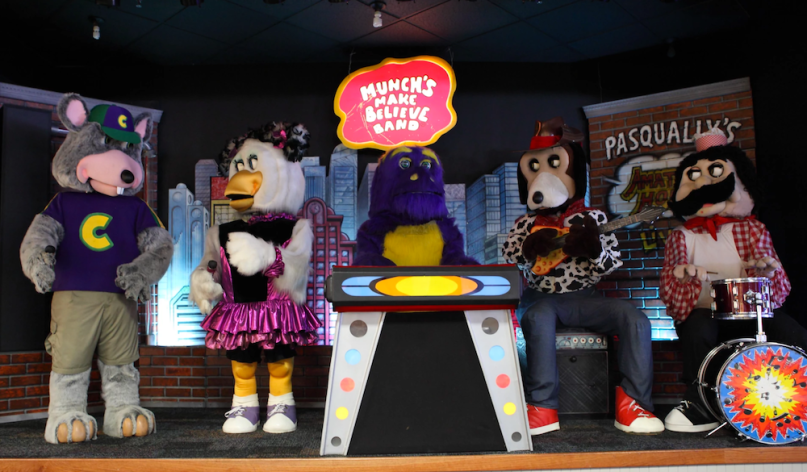 One of the last few bastions of cheesy ’80s and ’90s nostalgia is about to get the axe. This week, Chuck E. Cheese announced that, in an effort to keep up with the times, it would be undergoing a number of changes. Most notable of them all: The kid-friendly pizza chain has decided to do away with its signature animatronic house band.

According to CEC Chief Executive Tom Leverton, the robotic musical outfit has grown to become more of a “side show” than one of the the main entertainment attractions at the company’s locations. “It’s the biggest thing we’ve done for the look and feel of Chuck E. Cheese for two decades,” Leverton told CBS News. “The kids stopped looking at the animatronics years and years ago, and they would wait for the live Chuck E. to come out.”

Along with emphasizing the use of live characters, Chuck E. Cheese has added healthier menu options and redesigned the restaurant’s layout to include a dance floor and open kitchen. The changes are set to first roll out at locations in San Antonio and Kansas City, and if all goes to plan, even more across the country.

Still, despite the updates and valiant efforts to stay “cool,” I can’t help but think that no chomp on a mediocre slice would be the same if not accompanied by the creepy glare of a worn out Chuck E. robot. Perhaps, instead of catering to today’s little ones, Chuck E. Cheese ought to think of rebranding and hitting up their true demographic — the ones happy to make and consume the weirdest Chuck E. Cheese memes. I’m 30 and can proudly admit that I love these and would also like to take a dive into the ball pit. I smell a good investment.